Alternative for Germany: Proud of Hitler and Third Reich

Ultra-right forces in the Bundestag have made news headlines all over the world as a result of the parliamentary elections in Germany. The voice of reason won the decisive victory (the party of 63-year-old German Chancellor Angela Merkel CDU/CSU), but the ever-growing popularity of extremist movement Alternative for Germany is a very alarming signal. 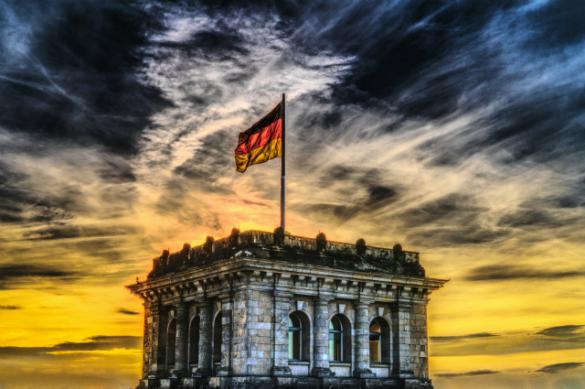 Alternative for Germany (Alternative fur Deutschland, AfD) received 12.6% of the vote with Free Democrats following with 10.5%, and ultra-right forces have thus become the third most popular party in Germany.

AfD leader Alexander Gauland said earlier that he was going to "hunt" both for his country's government and personally for Angel Merkel, "to get our people back." Gauland said those words while speaking to his colleagues after the announcement of preliminary results of the elections.

Russian media give neutral-positive comments to the political direction of Alternative for Germany.  This party is known for saying a very strong no to the euro, showing strong resistance to the advancement of Islam, for its efforts to struggle against crime. In addition, Alternative for Germany supports cooperation with Russia and believes that sanctions against Russia should be lifted. These are all impressive slogans, of course.

Naturally, the rise of the ultra-right is directly associated with Angela Merkel's definitive fiasco in assimilating migrants from the Middle East and Africa, as well as with the Chancellor's refusal from the policy of multiculturalism. The enthusiasm, with which German citizens would at first welcome immigrants with open arms, soon gave way to Pegida - a movement against the Islamization of Europe.

Most likely, the success of the Alternative for Germany in the recent election is an involuntary reaction of the Germans to a multitude of newly arrived immigrants. Nevertheless, Alternative for Germany is not just a party of passive resistance to invasion that follows the example of ruling parties of Hungary, the Czech Republic, the Baltic States or Poland, where migrants were barred from entering those countries.

Alexander Gauland goes much further. He believes that Germany should revisit Nazi experience and "Deutschland uber alles" could be just the right slogan for the purpose.

"The AfD party was established in November 2012 - February 2013, in the era of Maidan riots in Ukraine. The founder, Alexander Gauland, is a native of the CDU (Christian Democratic Union of Germany).

"In fact, what we can see in today's Germany can be characterized as political hypocrisy. On the one hand, German political parties amicably demonstrate their desire to cooperate with Russia and speak out against confrontation with the Russian Federation. On the other hand, these parties openly support and even finance the party of Maidan, the administration of Ukrainian President Poroshenko and Kiev's war with the Russian-speaking population of the Donbass.

"To understand Germany, one needs to understand its psychology and the discrepancy between two levels of consciousness, when people may say one thing in public, but then say a completely different thing privately. After summer holidays, the AfG leader delivered a keynote speech and said that Germany would change its behavior to defend its Lebensraum (living space), its language and its sovereign right on its own territory."

The opinion expressed by the German observer coincides with the explicitly declared dangerous desire of the AfG leadership to engage in revisionism in assessing actions of the Third Reich. Gauland held a party meeting at the foot of the famous Barbarossa Tower (Thuringia, Kifheuser mountain range). This monument symbolizes bloody unity and greatness of the German nation. Speaking there with a keynote speech, he claimed that one should recognize the feat of German soldiers of the Third Reich and even stated that the Germans had the right to be proud of Hitler. No comment from the peanut gallery.

When Nazis came to power in Germany, they also wanted liberation from indemnities in favor of WWI winners. They wanted profound reforms of the regime of the Weimar Republic, not to mention the military-industrial and political alliance with the Soviet Union. This seems to suggest that history does repeat itself.