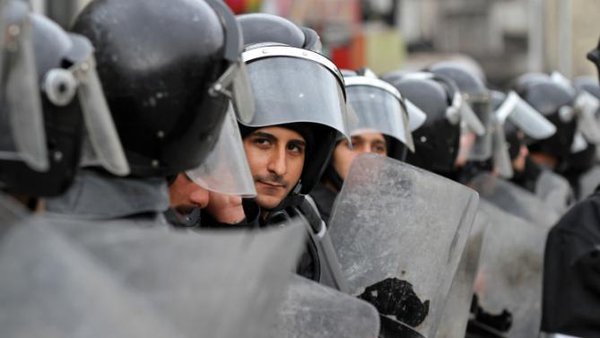 In the aftermath of the Charlie Hebdo massacre, France's leadership hastened to organize a protest march in Paris. There, President Francois Hollande was flanked by 39 of his peers who are leading their countries with a definite leftist penchant favoring the Islamization of the world.

To the great detriment of countries as separate entities, those leaders, in the name of globalization, are subtly removing national identities, traditions, mores and, what is worse, they are lethally endangering the future of their countries.

At the march, over three million rallied in Paris and other French cities, in unity to protest terrorist attacks on their soil.

When all is said and done the truth is, however, that the Paris march turned to be a manipulative step to assuage the masses, under the banner of the so-called "unity."

While condemning the attacks, even President Hollande and his Prime Minister Manuel Valls, rejected that the murderous massacres by Islamists Jihadists have anything to do with Islam:

"... I call on you also to unity because i expressed myself, the French people, this is our best weapon. Unity that we must demonstrate our determination to fight against anything that can divide us and first of all, to be impeccable, to be totally against any racism and anti-Semitism. A terrible anti-Semitic attack was committed today in the Kosher shop. Not to be divided means we must not make any confusion concerning these terrorists and fanatics that have nothing to do with the Muslim religion."

On their part, Muslim terrorists proudly show their allegiance to the Koran as the source for their inspiration. It is their prophet who instructs them, unambiguously, what to do, to whom, when, where and how.

Western politicians may want to whitewash Islam but their efforts cannot erase the facts and the abundant videos and messages on the internet, profusely distributed, left as testimony of their deeds.

Ironically, History will record the Paris march as a satire, the parade of the enablers of Muslim terrorism.

Sweden, Belgium, Holland, as well as France, England and Germany, have randomly opened their arms and their countries to Muslims.

Now, they are paying a very heavy price: Hundreds of no-go zones throughout Europe, rapes, honor killings, constant threats to their local communities, crimes, and more is happening under the watchful eyes and complicity of their lenient governments.

In the particular case of Germany, journalists at the leftist newspaper, The Local, have joined behind Chancellor Angela Merkel, who "deplores the new far-right group's 'hatred.'" And, as they report, the anti-Islam demonstrations which have rocked Dresden with 18,000 people, have been followed by others in Cologne, Berlin and Stuttgart.

Merkel is pushing her agenda down the throat of Germans and has made a bold move.

She has declared that "Islam belongs to Germany" a day after participating in the Paris "unity" day.

In fact, in the aftermath of the Paris march, Frau Merkel met the Turkish Prime Minister Ahmet Davutoglu. Merkel is said to have urged dialogue among religions.

Meanwhile details have emerged from Turkish authorities who have confirmed that terrorist Hayat Boumeddiene had crossed into Syria on the same day her terrorist companion Amedy Coulibaly shot policewoman Clarissa Jean-Philippe the day after the Charlie Hebdo massacre.

Merkel must have been too busy speaking to Davutoglu about how to golden the Islam pill for her compatriots instead of demanding explanations on how Boumeddiene could have spent a few days in Turkey and, then, allowed into Syria.

As ultimate betrayal to the interests of her country, Merkel recently joined the Muslim community at a recent rally in Berlin to promote tolerance and condemn the attacks in Paris. She is trying hard to rebuke the growing opposition movement against Islam in Germany.

Instead of siding with German compatriots to defend their interests, lifestyle, jobs and well-being, the woman who was elected to protect their country, is standing by Islam.

Islamo-fascist is the term that comes to mind for Frau Merkel, who is following in the footsteps of her colleague Adolf Hitler who had close connections with none other than the Grand Mufti of Jerusalem back in the early 1940s. The meetings between the most important Islamic figure of those times and the Führer, were recorded for posterity.

The Nazi leader may be turning over in his grave, seeing his contemporary heirs, the liberal fascists from the left, serving Germany on a silver platter to Islam, ready to impose Shariah in Germany as soon as democratic elections will allow. The chancellor and her party are surrendering their country.

At the Berlin march, Frau "Merkel and the German President Joachim Gauck joined a 3,000-strong crowd as the Koran was read under the Brandenburg Gate.

"The terrorists wanted to divide us. They have achieved the opposite. They have brought us together," President Gauck told the gathered crowds.

Yes, together, to defend Islam.

Alarmed that the situation might soon get out of control, Germans have created their own anti-Islam response: PEGIDA (Patriotic Europeans Against the Islamisation of the West,) whose membership is increasing by the day.

Their success is unquestionable. PEGIDA community page on Facebook has over 144,000 likes.

While PEGIDA is based on patriotism, on their part, pro-Muslim democratic leftists translate patriotism as chauvinism and xenophobia, instead of keeping its strict meaning: "Love of country and quest for one's compatriots well-being and safety."

In that same vein, the chancellor has been increasingly outspoken in her condemnation of PEGIDA in recent weeks, calling on Germans not to take part in its protests, and she has even gone to the extreme to accuse those behind them of having "hatred in their hearts."

While Germany's leaders dilute themselves in their make-believe world coexisting with their Muslim protégés, patriotic Germans now have PEGIDA, giving them the glimmer of a hope, to try to save their country from democracy and Islamism, the lethal formula for the destruction of the West.

Eliana Benador is a strategic risk consultant, adviser, opinion writer, former founder of Benador Associates. Her website is www.elianabenador.com. Follow her at @ElianaBenador on Twitter,LinkedIn, Facebook.