Why does Germany silence the crimes committed by migrants?

The number of crimes committed by foreigners, illegal migrants first and foremost, has increased dramatically during the recent two years in Germany. According to the Federal Criminal Police Office (BKA), migrants committed more than 200,000 offenses in 2015. This amount is 80% higher than in the previous year. 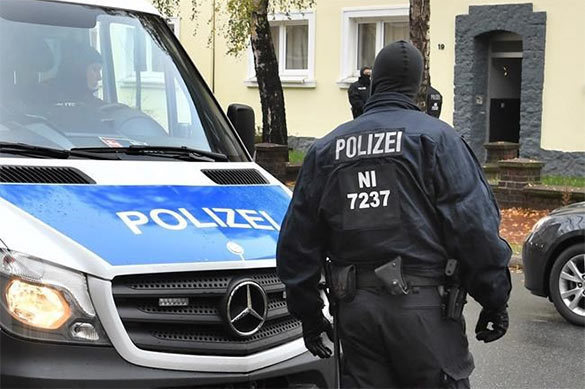 In fact, experts say, the number of offenses is much higher. Many of them are deliberately silenced as there are political instructions not to publicize the crimes committed by refugees, in order not to incite anti-immigrant strife, RIA Novosti reports.

Chairman of the union of German criminal authorities, André Schultz, says that up to 90% of sex crimes committed in Germany are not included in official statistics.

According to experts, concealing crimes is a policy that German authorities pursue on a regular basis. The German press does the same, because German mass media outlets are forbidden to name suspects' nationalities.

Not that long ago, the largest German broadcasters, ARD, was heavily criticized after the channel ignored the incident of rape of a woman by refugee from Afghanistan. Editors of ARD TV decided not to cover the arrest of the 17-year-old refugee in Saturday's Tagesschau news program. Social networkers showered ARD with criticism, accusing the channel of consciously concealing the crime in an attempt to remain "politically correct", AFP reports.

Last year, Germany opened its borders to about one million Muslim refugees. This resulted in sexual harassment of German women in Cologne, terrorist attacks in Olympia shopping center, a knife attack on a train, let alone such daily crimes as rapes and other attacks that migrants commit.

Chairman of the German police union, Rainer Wendt, described the situation in Germany as "a combination of mental instability, terrorism and crime." The refugee crisis in Germany has given rise to nationalist movements and marches with torches in the streets of German cities. The movement PEGIDA (Patriotic Europeans Against the Islamisation of the West) was declared Islamophobic, while many German officials ceased to be silent. In the east of Germany, the CDU lost elections to the eurosceptic organization Alternative for Germany.

Angela Merkel started neutralizing her policy of tolerance to refuges during the reelection year. She assured the Germans that Germany would be able to handle the problem. She also promised that the massive inflow of refugees in 2015 would not occur again. The German Chancellor also started talking about the need to ban the wearing of burqa and emphasized the supremacy of secular laws over Sharia.

However, the integration process has already started. It has been reported that German women have started giving birth to migrants' children. The birth rate in Germany increased 1.5 times last year and reached a record high for women in their thirties.

Migrants and refugees have given Germany what the country needed most - children, Bloomberg said. According to the agency, Germany is currently experiencing a baby boom, and the birth rate has grown by 50 percent at once, Life reports.

Experts see both positive and negative aspects in the phenomenon.

"Angela Merkel's positive attitude to migration was not incidental. Germany, in fact, has serious demographic problems. The influx of migrants, objectively speaking, would be useful for Germany. In this regard, Japan serves as a good example. Japan rigidly blocks migration, whereas South Korea, for example, encourages labor migration. Indeed, the South Korean economy grows, whereas the Japanese economy stagnates.

"It works well when migration is adjustable and targetable, but one can not say that about migration in Europe. There are more minuses than pluses at this point. It has stirred up protest sentiments in the European society. Many of those migrants who come to Europe are unwilling to work. They want to live on social benefits from European governments," leading researcher at the International Laboratory of Demography and Political Dynamics, Andrei Korotaev told Pravda.Ru.