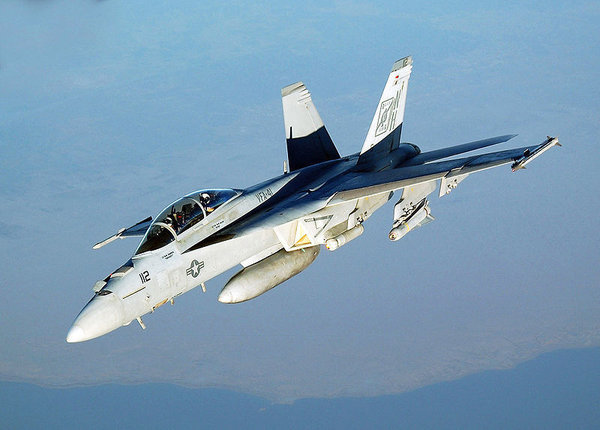 The US has finally admitted shooting down a Syrian SU-22 which was engaging in combat operations against ISIS terrorists. Russian representatives were contacted in order to de-escalate the situation after the attack.

"At 6:43 p.m., a Syrian regime SU-22 dropped bombs near SDF fighters south of Tabqah and, in accordance with rules of engagement and in collective self-defense of Coalition partnered forces, was immediately shot down by a U.S. F/A-18E Super Hornet," the statement read.

Russian representatives were contacted in order to de-escalate the situation after the attack.

How does one conduct "self defense" when it has invaded another country, where it does not belong and has not been invited?  These are war crimes of the same proportion as those judged by the Nuremberg Tribunal, "crimes against peace" and "crimes against humanity."

The fate of the SU-22 pilot is unknown.  It is hoped he is still alive and can be rescued.  Heavy fighting has been going on in the area with multiple US-baked terrorist groups, their so-called "moderate" head choppers.

The US has made a habit of attacking those who are fighting against terrorism.

"Also on May 18, the US-led coalition struck pro-Bashar Assad forces near al-Tanf in the area of an established de-confliction zone. The coalition air raids occurred near al-Tanf, where US' and British special operations forces have been training militants near the border with Iraq and Jordan.

On June 6, the Pentagon announced the coalition conducted a new strike on pro-Syrian government forces as they entered the de-confliction zone with Russia and posed threat to its personnel. The force comprised of a tank, artillery, anti-aircraft weapons, armed technical vehicles and more than 60 soldiers. At least two Syrian servicemen were killed and more than 15 injured as a result of the attack.

On June 8, the US-led coalition bombed pro-Damascus forces near al-Tanf in the area of a de-confliction zone following an alleged attack by a combat drone resulting in no coalition forces' casualties. This was the third attack by the coalition on Damascus' allies in the area. The coalition targeted a drone and trucks with weapons.

Rather than fight terrorism, the only thing accomplished by the US-led coalition is human suffering and prolonging the war against terrorism.

See the following that gives a good idea about the suffering of the Syrian people as a result of US/western aggression. Here and here

May the Jasmine bloom in the atmoshphere of victory and peaceful skies.