Hundred billion dollars for weapons: What will Saudi Arabia get?

During Donald Trump's visit to Saudi Arabia, the sides signed the largest arms sales contract in America's history worth $109.7 billion. What will Saudi Arabia get for this money? 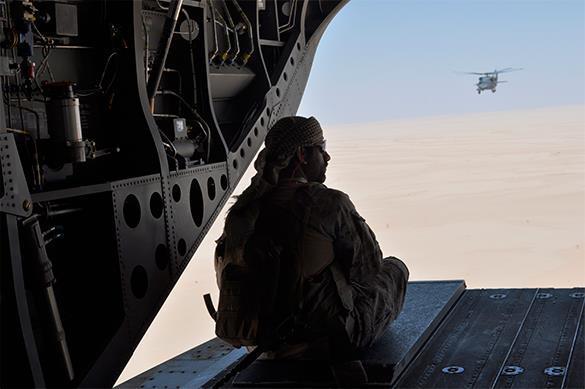 First of all, the Kingdom of Saudi Arabia will have the most powerful army in the Middle East. Saudi Arabia is a longtime partner of the United States. The country continues to strengthen its army, as well as its positions in the region with Washington's support.

According to Defense News, Riyadh will purchase THAAD anti-missile systems at a price tag of $13.5 billion.

In addition, Saudi Arabia will purchase not only conventional aircraft and helicopters, but also refueling and reconnaissance aircraft. For example, for three KC-130J aerial tankers and twenty C-130J transporters, Saudi Arabia will pay 5.8 billion dollars. The construction of a series of coastal corvettes will cost a little more (how many of them is going to be built remains unknown).

The Saudi authorities plan to invest 4.5 billion dollars in purchasing high-precision aviation ammunition and JDAM munition. The Royal Air Force of Saudi Arabia is said to receive about 104,000 of such munitions. Almost $ 6.7 billion will be spent on the purchase and maintenance of Patriot anti-aircraft missile systems.

At least 18 billion is planned to be spent on the development and implementation of the command and control system, the provision of communication lines and creation of inter-service interaction complexes.

However, journalists emphasize, almost two thirds of of those contracts remain in the form of so-called memorandums of intent, that is, an agreements in theory. Trump personally negotiated the deals during his visit to Saudi Arabia.

At the same time, many experts paid attention to the fact that a diplomatic crisis - the boycott of Qatar - broke out in the region soon after his departure.

The head of the Center for Military Forecasting, Corresponding Member of the Academy of Military Sciences, Anatoly Tsyganok, expressed his opinion on the subject in an interview with Pravda.Ru.

"I think that it was a right step for Donald Trump to make, because it is highly profitable for the USA to conclude arms sales agreements. When the Americans declared Saudi Arabia a sponsor of terrorism - this is one story. When America sells large amount of weapons to Saudi Arabia - this is a whole different story. It is Russia that struggle against terrorists in Syria. The Americans are not involved in it, even though they say that they lead this struggle. Washington says that NATO members counter terrorism in Syria, but this is not true to fact. For example, the Czech Republic provided only two doctors, and Denmark gave only one vehicle."