Trump exits Paris Agreement: He is getting warm

Donald Trump announced his decision about the Paris Agreement on climate. The US has  decided to pull out from it. According to Trump, the USA would seek another agreement, that would be a "better deal for the United States." 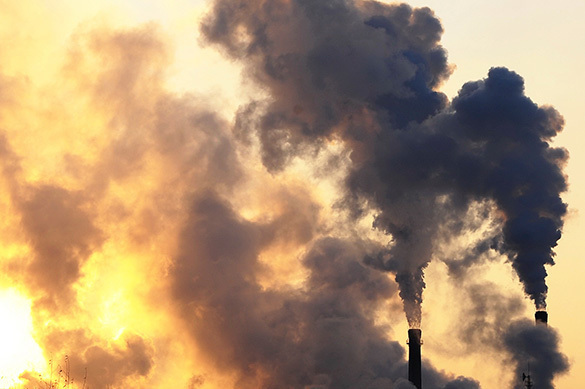 Difficulties arose at the G7 summit, when the leaders failed to achieve unity on the issue of combating climate change and conceded after the United States refused to join in.

The Paris Agreement was signed by 194 countries in 2015. The document defines an action plan to contain global warming. Its members undertake to reduce atmospheric emissions and conduct relevant technological changes in their industries.

As soon as it was reported about the USA's withdrawal from the agreement, the head Tesla Motors and SpaceX Elon Musk said that he would leave advisory boards under the administration of the US president.

The Kremlin responded with saying that it would be impossible to implement the program of the agreement without key participants. Yet, the Paris Agreement has no alternative.

Pravda.Ru requested an expert opinion on the subject from Sergei Semenov, director of the Institute of Global Climate and Ecology at the Russian Hydrometeorology and Environmental Monitoring Agency.

"How do you think the USA's exit from the Paris Agreement on climate will affect the implementation of the document?"

"There is always a possibility for the country to participate either together with others or on an individual basis. I think that, judging by the policy proposed by President Trump, the United States will take internal efforts to reduce atmospheric emissions.

"Of course, certain difficulties will arise, but this is life, and each country proceeds from its own interests by joining international agreements. I do not think that this will have a serious impact in the long term on the effectiveness of international efforts to prevent global climate change. How effective these international efforts are going to be? Time will show it to us during the upcoming ten years."

"What is Russia going to do about the Paris Agreement now? Russia signed the document, but has not ratified it yet."

"I think that Russia is doing the right thing by not ratifying the agreement. One needs to understand first how other members behave. This is a political agreement, and Russia needs to promote its own interests there in the first place. Russia's national goal, according to a presidential decree, is to keep greenhouse gas emissions at the level of not more than 75% of the indicator from 1990. I think that this is a completely open position, and Russia has announced what it will be striving for."

"How serious is the problem of global warming?"

"This is a serious problem. As for consequences, they depend on each and every country. Russia is a huge and diverse country from the point of view of its natural complex, the economy, the climate. Global warming affects Russia differently from one region to another. I believe that Russia should pay first priority attention to problems of adaptation to future climate changes.

"The program for reducing greenhouse gas emissions is based on nationally defined contributions. Each country decides for itself to which extent to reduce emissions. Yet, is it enough to contain the growth of global temperature by not more than two degrees compared to the regional level? This is unclear. In the next three years, the Convention on Climate Change is to recount whether the reduction of global emissions has affected global temperatures. For the time being, the previous agreement, the Kyoto Protocol, has not been effective at all. If we take a look at European countries, most active members of the Kyoto agreement, we will see that only a few of them have fulfilled obligations under the Kyoto Protocol."