The world will find itself on the brink of a global catastrophe due to the phenomenon of global warming, the World Meteorological Organization (WMO) said in a recent report. 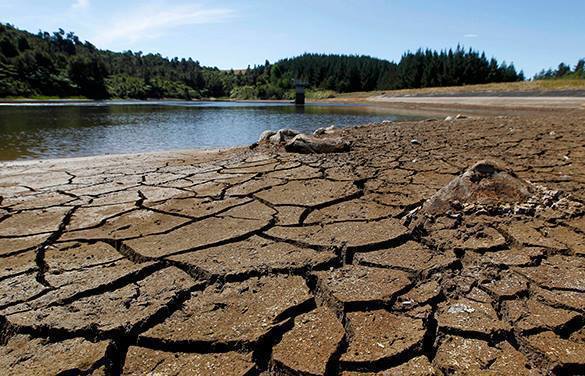 The organization makes annual reports about the state of climate on the planet. The goal of the WMO is to inform governments, international agencies and the general public about global climate and climate trends.

The WMO report on the state of global climate in 2016 points out to a number of significant changes in the climate situation around the world. They include:

- millions of undernourished people in Africa due to the decrease in rainfall by 60 percent below the average level;

- massive floods that forced hundreds of thousands of people in Southeast Asia to migrate;

- record low sea ice levels both in the Arctic and in the Antarctic;

- the most humid year in the history of observation in China;

- a record winter-spring drought in Canada that triggered severe wildfires in the province of Alberta;

- destructive forest fires in Tasmania under conditions of prolonged drought and then devastating floods due to heavy rainfall from May to December.

According to scientists, numerous natural disaster will occur 2017 as well, because the temperature of the World Ocean will rise even higher. In the future, if not action is taken, mankind will have to deal with horrific consequences of the climate change.

Against the background of fears of USA's possible exit from the Paris Climate Agreement, the WMO Secretary General stated that it was vital to reduce carbon emissions and prepare for weather conditions to worsen, Gismeteo writes.

The election of Donald Trump, who appointed a number of individuals who deny climate science to key posts in his administration, has given more causes for concern to skeptics around the world. This issue was the central theme of the annual meeting of the American Association for the Advancement of Science in Boston last month.

Noteworthy, the USA has not ratified the Kyoto Protocol that may change the situation at least to a certain extent, if world's largest countries sign it.