Scandals in Washington mark decline of US supremacy

The events of recent weeks show that Washington has been losing initiative on the world stage. This is most noticeable for what has been happening in the Asia-Pacific region (APR) lately. US President Trump tries to promote large-scale and extremely ambitious projects in the Middle East. However, their fate depends on the development of internal political scandals in the United States. 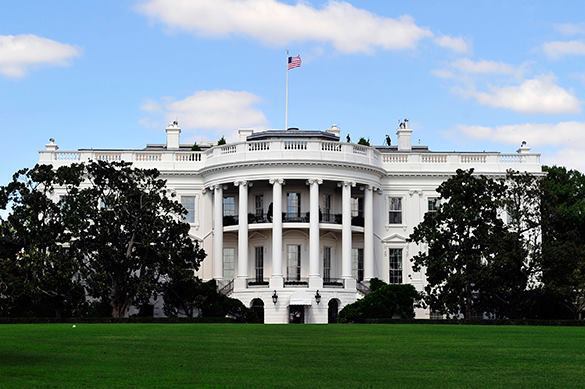 Washington's foreign economic activities have been reluctant recently. This reluctance was especially noticeable during "Belt and Road" summit in Beijing. At this international forum of global level, America was represented by secondary officials, whose role at the summit was purely nominal. In other words, the US administration chose to refrain from participating in the Eurasian initiative.

If it were a question of the Obama administration, it would be logical to assume that Washington would thus emphasise its commitment to its own project targeting Asia - the Trans-Pacific Partnership (TPP). According to Obama's plan, the TPP (in which there was no place for China) was to become one of the foundations of the new world trade order, along with the US-EU Transatlantic Partnership (TTIP).

However, President Trump immediately rejected both the TTIP and the TPP. Officials with the Trump administration said that the US was more interested in developing bilateral cooperation, because multilateral partnerships were unprofitable for America.

Those remarks were voiced at a time when trade ministers of eleven APR states, members of the TPP, gathered in Hanoi, the capital of Vietnam. It would seem that USA's pullout from the project was supposed to put an end to it. Yet, the Hanoi meeting decided to continue the project without America, but perhaps with the participation of other countries, such as China and Russia, for example.

Such a development is not going to please Washington. At the same time, US officials can blame only themselves, because the American foreign policy has been pretty hectic recently, including in the field of world trade. American politicians have been entangled in endless scandals, accusations and revelations. This obviously stops them from making important and balanced decisions.

They clearly can not respond to the Eurasian challenge (Belt and Road). They are unlikely to find an effective substitute for Obama's strategy of global trading blocs. After all, this strategy was conceived as a replacement for the universal WTO system, in which the USA would determine foreign trade rules and regulations, which in turn would give the USA an opportunity to manage the economic development of its partners.

Now the USA is going back to bilateral mechanisms controlled by the WTO. It appears that this move of President Trump contains a lot more dangers than his mythical ties with Russia.

To cover the damage from such a drastic correction of the USA's foreign trade strategy, Trump needs new jobs for Americans badly. That's why he went to Saudi Arabia, where he concluded deals worth hundreds of billions of dollars. State-of-the-art weapons, the participation of American companies in large-scale industrial and infrastructure projects for Arabian money will provide hundreds of thousands of new jobs in America.

This is, of course, a great achievement. Will Trump be able to keep it if his reputation continues declining because of ongoing scandals and accusations?