James Comey has lost the game against Donald Trump

The decision of US President Donald Trump to dismiss FBI Director James Comey has come as a surprise for everyone. Analysts try to understand the causes behind the move, as well as its possible consequences. 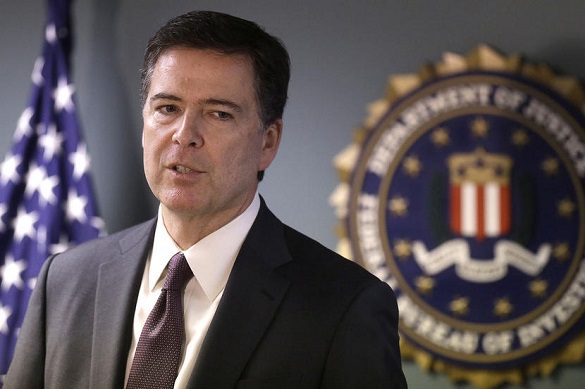 In the story with James Comey, one can assert only one thing: he took part in a complicated political game, which he eventually was forced to leave. What game is it?

It is common knowledge that FBI Director Comey was conducting an investigation into the correspondence between former Secretary of State and former US presidential candidate Hillary Clinton. During the final stage of the pre-election campaign, Comey would close the investigation and then open it again. As a result, Clinton herself stated that she had lost the election partly because of Comey's work, while Trump was praising Comey for courage at the same time.

At the same time, Comey started looking into Donald Trump's alleged ties with Russia. Naturally, the White House was not ecstatic about that work of his, while the president himself called it "a waste of taxpayer money." Yet, Trump's opponents supported Comey.

Even if we analyse the situation exclusively from this point of view only, it would not be difficult to conclude that Comey was doomed. He was in conflict with the two leading political forces of the United States. He had compromising materials against both President Trump and his irreconcilable opponents. One knows very well that such a player should either disappear, take the side of one of the two forces or create a third pole of power. This could be a typical scenario that could may lead to three possible outcomes.

It is an open secret that US intelligence services have long sought to play a decisive political role in the life of the country. Therefore, issues of the relations between the authorities - the White House administration and leading elements of the intelligence community - have always been in the spotlight of Washington's attention. Technically, there are no significant obstacles for special services to achieve their goal and determine the policy of "the greatest nation of the world." A good example of this is the Wikileaks scandal: it let the world see that Washington's official policy depended a lot on the views of intelligence and counterintelligence services.

Yet, American special services have a weak point - their fragmentation and competition. The FBI, the CIA, the NSA - the three organisations have so far been unable to agree between  themselves, and the White House fuels and supports their rivalry. In the era of Barack Obama's presidency, we could see an attempt of the NSA (a monster of electronic intelligence) to gain leadership, but the try was thwarted by revelations from WikiLeaks and Edward Snowden. Before that, the CIA had been conducting the stubborn struggle for leadership, even though the CIA is known for its failure to prevent 9/11 attacks.

It was after the September 11 attacks, when President George W. Bush attempted to create a coordinating body in the face of the Homeland Security Department. The latter, however, has been unable to take the activities of professional special services under joint political control.

As Obama's term in the office was expiring, the FBI took the lead (or rather, the Justice Department that also controls the federal police) against the background of massive unrest among African Americans. The FBI seemed to have established control over internal stability of the country and then tried to reach the political level by initiating the criminal case against Clinton and bringing it to the level of investigation. This made the FBI Director (and his masters) a referee in the political dispute.

Comey was only one step to the desired goal - absolute control over political power. Yet, the FBI, in the person of James Comey, was stopped. Most likely, Comey found himself in an information vacuum - he did not know who was going to win: Hillary Clinton or Donald Trump. This uncertainty of his explains his panic about with the "Clinton dossier."

It seemed that Trump's victory could save him. Clinton admitted that Comey had shot her in the eye. Yet, becoming a man of Trump's team would force the head of the FBI to pass the political potential of the department to the new president. This would make Comey the traitor for the entire intelligence community, and he would be forced to resign anyway.

He could consider such a manoeuvre in exchange for guarantees from Donald Trump. Yet, to relieve him from excessive temptation, he was loaded with investigation into Trump's ties with Russia. Comey was isolated from both the White House and the Clintons. James Comey could play up to Trump and disperse the myth of his secret relations with the Kremlin.

Apparently, Donald Trump decided that Comey was over with: his position on the issue of "the hand of the Kremlin" would not change anything.

James Comey has lost the game. Special services, whether the FBI, the CIA or the NSA, should not control the power. On the contrary, they must be kept under strict political control, and this control lies in the hands of President Trump. He took an "unexpected" decision to fire Comey by claiming that he was no longer able to effectively manage the department.

If our logic above is correct, the true reasons for James Comey's resignation are behind the struggle that the political power in America has been waging against constant attempts of secret services to completely subordinate the state to their will.