US President Donald Trump fired FBI Director James Comey due to his "inability to effectively manage" the department. The decision to remove Comey from his post has come as a surprise to US intelligence agencies. Trump's critics have immediately linked the resignation with "an investigation into Russia's interference." Interestingly, Comey was fired on the eve of the talks between Russian Foreign Minister Sergei Lavrov and US President Trump. 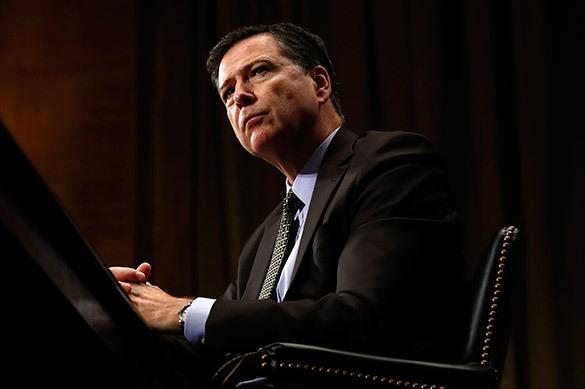 Pravda.Ru requested an expert opinion on the subject from political scientist and Americanist, Boris Mezhuyev.

"How serious is the crisis? How can it affect the relations between Russia and the United States?"

"Jeff Sessions is the person behind this, and his reasons are clear. James Comey was politically disloyal to Trump. Comey was acting according to his own logic. Obviously, FBI's reputation has been marred in the press recently, especially against the background of the rumors about the FBI tapping the phones of members of Trump's election headquarters. Trump's move to sack Comey is not a surprise at all, given the recent discussion about the need to change the entire administration of US power structures - those that were involved in wiretapping activities.

"Of course, the time for Comey's dismissal is very uncomfortable, especially on the even of Trump's talks with Russian Foreign Minister Lavrov. Trump should have sacked the FBI director in the very beginning of his presidency. The hearings about the Russian trace in the US presidential election continue in the Senate, thus suggesting that Comey must have found something on the subject. James Comey's resignation was a foregone decision, but  the motives for his dismissal resignation raise big questions."

"How do you think the US-Russian relations will develop after this?"

"I hope that this will not damage the very fact of the talks between Lavrov and Trump. Yet, there will be forces in the USA that will continue accusing Donald Trump os his ties with Russia. Comey has fallen a victim to his vigilant activities to expose the Russian trace, this is obvious. I very much hope that the Trump-Lavrov meeting will be positive, although the media coverage may not be immense."