The hand of the Kremlin sets CIA against FBI

As soon as Donald Trump stops playing the role of the President-elect and starts playing the role of the real President of the United States, and it will happen on December 19, all the talk about Russian hackers, who supposedly meddled in the US election, will end. American "exceptionalism" does not accept lower self-esteem. For the time being, there is a whole week left, during which US electors will be able to change their opinion. 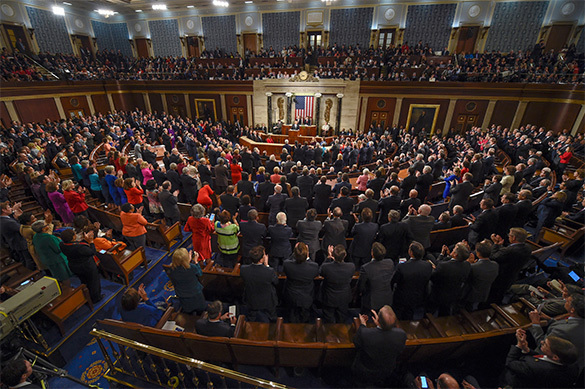 They have a reason to change their mind. A recent report from the CIA stated that Donald Trump was an agent of the Kremlin. According to the CIA, Russia, quite obviously, was intended to help Trump win the US election, the Washington Post wrote. A whole army of Russian hackers was hired for the purpose.

However, senators decided to check back the CIA report by calling the FBI. After all, hackers are saboteurs, and catching them is a job for counter-intelligence services, rather than for intelligence officers, whose job is to create problems for enemies outside the United States. An FBI official, having read the CIA report, described its conclusions as vague and ambiguous. One shall assume that the FBI and the CIA share different points of view.

"The FBI briefers think in terms of criminal standards - can we prove this in court," one of the officials said. "The CIA briefers weigh the preponderance of intelligence and then make judgment calls to help policymakers make informed decisions. High confidence for them means 'we're pretty damn sure.' It doesn't mean they can prove it in court," The Washington Post wrote.

Many congressional Republicans liked the cautious conclusions from the FBI. They found that the CIA had no good reason to present such conclusions to the Senate. Some Republicans from the House of Representatives believe that it would be logical if the CIA had concluded that Russia would have preferred Clinton as president because the Russian administration was very well familiar with her. On the contrary, Donald Trump made a few promises to enlarge the US army, and Russia could see it as a serious threat, they assumed.

As we can see, US officials can make alternative suggestions. We would like to hope that they do not think of Russia as a state that thinks of the United States as a banana republic, where all decisions depend on someone else.

The CIA is an agency that draws conclusions on the basis of orders from the administration. This is the most successful department when it comes to obtaining billions of dollars in budget money. The CIA consists of the people, who concocted Saddam Hussein's non-existent chemical weapons. One may recall a report from the head of the French intelligence Christoph Gomar, who, speaking to members of the French National Assembly, denied CIA's allegations about Russia's preparations for the "invasion of the Ukraine." According to the French official, the US intelligence, using its authority at NATO, published the data that had nothing to do with reality, said Christoph Gomar.

In contrast, FBI agents realize that they need assistance from the Russian Federal Security Bureau in watching the Islamist threat in the United States. The FBI does not make groundless statements just to make a storm in a teacup.

Donald Trump may not take office as President after December 19. One needs to make 40 people change their mind, so the hand of the Kremlin in the US election is the last straw to change USA's destiny. In the meantime, we can see Trump picking generals and businessmen to key positions in his administration. These people are little familiar with politics, but they are good at breaking resistance of the "mainstream."