EU tries to drive a wedge between Putin and Trump

According to The Wall Street Journal, the anxious attitude of politicians in the US and Europe is beginning to change. Many Russian media outlets have picked up the pseudosensation. 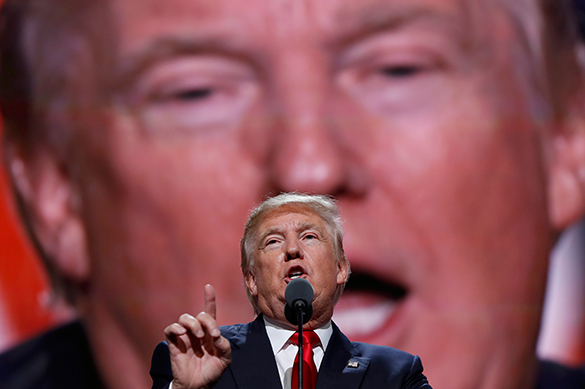 The authoritative US-based publication wrote in a recent article that President Donald Trump was supportive of NATO during his speech in front of Congress the week before. The Trump administration has finally switched to an unexpectedly tough course in relation to Russia, which caused applause in Europe and raised concerns in the Kremlin, the newspaper wrote. The authors of the article believe that Trump has eased tensions with his opponents in other countries.

The article also notes that Trump appointed several assistants who advocated a tough line against the Kremlin. They also want Donald Trump to have the Pentagon and NATO involved in the conflict in the Middle East.

To crown it all, a European diplomat noted that Trump managed to convince European politicians that there could not be a "big deal" between the US and Russia.

Pravda.Ru requested an expert opinion on the subject from scientific director of the German-Russian forum, German international journalist, Alexander Rahr.

"Trump has been speaking in favor of NATO lately. The new course of the Trump administration has received support in Europe and caused concerns in Moscow. What do you think of the article in The Wall Street Journal? Is everything so simple and obvious?"

"I strongly disagree with the article in The Wall Street Journal. The fact is that a part of Western elites, primarily editorial offices of largest liberal newspapers, are doing their best to save their liberal world order. They struggle against Trump, then Putin, then Erdogan, then China. However, the problem lies inside the European Union, not outside.

"They are trying to set their opponents against each other, and they think they can do it successively. Their ultimate goal is to set Trump and Putin against each other. Everyone understands that the union of the presidents of Russia and the USA, for example, on Syria, will entail reconciliation in Russia. Liberal elites are convinced that Ukraine should not lose to Russia, and the West wants to prove its strength as far as the Ukrainian question is concerned. They release such articles to mislead people, to make them believe that Trump is standing up against Russia. Yet, if you try to analyze what he has said so far, you will not find one clear quote, that would demonstrate a change of his views.

"Trump has said something about the Crimea (Russia took the Crimea), but he then proceeded to say that one should try to reconcile and find common ground with Russia. I think they put certain words in the mouth of Donald Trump and members of his administration, as we could see during the Munich Security Conference. I am still certain that Trump wants to come to an agreement with Russia on the crisis in the Middle East.

"Donald Trump is less interested in geopolitical battles in Europe, and he is more interested in what is going on in the Middle East. This is the key area of ​​world politics - this is the region, where the future world order is being formed. I think that Trump, unlike Obama, is very well aware of that. The common enemy is ISIL, and one should destroy the enemy in cooperation with others."

"What do you think the meeting between Donald Trump and Vladimir Putin will bring?"

"I think it will be a key meeting that will determine a lot of things. It will be the meeting, when Putin and Trump will communicate with each other without their advisers. However, the forces that want to ruin everything will continue taking attempts to harm US-Russian relations. I hope that the US administration is strong enough not to fall under the pressure of its own elites that speak against Russia."