Trump's strategy is to set Russia against China

The current state of affairs in Ukraine, Iraq and Libya suggests that the United States runs silly and inconsistent foreign politics. Yet, a more global approach shows that chaos and mess in these countries appear as petty sacrifices on the way to a strategic goal, to which the States may purposefully go for decades. One of those goals for the United States was the destruction of the USSR. That mission was accomplished. What about now? Pravda.Ru conducted an interview on the subject with Anatoly Salutsky, a political commentator, writer, publicist and global expert at the Alliance of Civilizations at the UN. 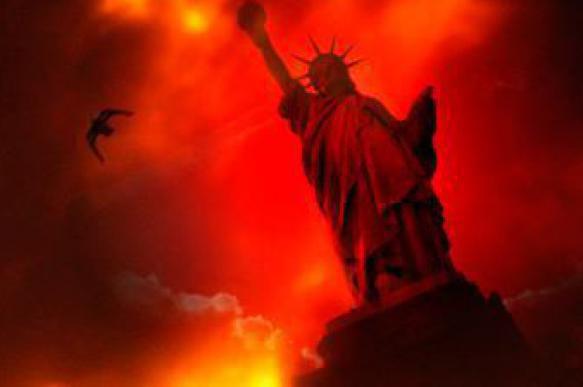 "How is the policy of the United States going to change in relation to Russia, Ukraine and China after Donald Trump takes office as President?"

"I know what America is like, especially on the level of common people, with whom I have to communicate a lot. No one can answer the question of what is going to happen in the United States in the near future. There are many speculations on the subject and many hopes, but no one wants to make any serious predictions.

"One may hear many experts saying that USA's foreign policy is impulsive, that the Americans get involved in a fight to see what is going to happen afterwards. This point of view is wrong. In fact, the US-led foreign policy is more targeted, and their ruling class is much more rational. They know what they want. They can make a lot of mistakes along the way, and they do make them, and we do point that out. At the same time, the US always follows global goals.

"In the past, the Americans had a global goal to achieve - to destroy their main rival, the Soviet Union. It took them several decades to make it happen. The United States has very long-term goals.

"What long-term and global goals does the United States have now? We can already see them. Today, America's geopolitical rival No. 1 is China. The biggest problem that the United States has to deal with now is the absence of ways to besiege China. The Americans may crop China's feathers a little, but they can not remove China as a competitor. There is only one "clever way" for the USA to go at this point.

"It is an open secret that Ukraine does not pose any interest for the United States. Ukraine is not a part of America's geopolitical interests. Why did the Americans pay so much attention to Ukraine, including financially? Why did they achieve so much influence there?

Brzezinski used to say that one needs to set Slavic nations against each other. They set Ukraine against Russia. Now they need Ukraine to put external pressure on Moscow. Today, the Americans need Russia the way Russia exists today.

Previously, they wanted to dismember Russia. Now they do not want to do it, because in this case, the Far East and Siberia will go to China, and China will become stronger than ever before. Brzezinski's chessboard is now history.

"To put pressure on China, the Americans can block China's main sea routes and oil transportation routes, but this is not important. The biggest danger for the USA is China's intention to build the new Silk Road. China wants to replace its economic cooperation with America. China needs Europe instead. China will be able to reach Europe via the new Silk Road. Therefore, the overland route to the continent is a threat to the States.

To curb China's development, the USA will need to make Russia and China enemies. They have done this with Ukraine, and now they want to do the same with China. They need today's Russia with its strong arms and everything. The only change the Americans need is a new leader in the Kremlin. They need to change Russia's president, while everything else will remain the same."

"Do they want the new leader to be more compliant?"

"Of course, they do. They want to plant "their own" president in Russia, like they did in Ukraine. They control the Kiev authorities from outside. If they succeed in setting Russia against China, the Americans will be on top of the world again.

"Trump has already made it clear: America's prime enemy is China, but not Russia. Trump may try to convince Russia to twist China's arms."