Hornet's nest in Italy over Media

A recent bill proposed here in Italy by some senators, but, however, not yet been discussed by the Italian parliament, has raised a real hornet's nest that was followed by a general rising of shields by who are involved in "parallel information", namely that information which does not align to the official mainstream. Yet reading the text of the document appears instead that preamble and articles of the proposal are nothing of terrible against freedom of speech and expression, as enshrined in the Constitution of the Italian Republic. Indeed, the whole thing looks like a simple extension to the web of the legitimate and right defense of the citizen from the slander realized through the new information technologies, as well as the defense of republican laws by spreading false or exaggerated information that could create fear and public disorder. 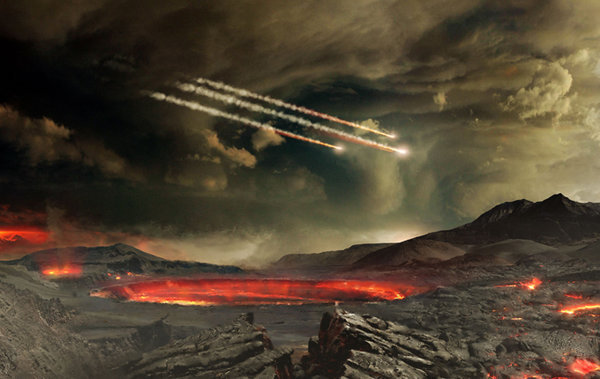 It's clear that if an Italian website says that Godzilla is destroying .... Palazzo Madama, the seat of the Italian Senate, we all well understand that it's a news story a bit so comic, just for laughs, whereas if the same site says that some nonexixtent earthquakes have occurred  in a certain area of Italy and invite the citizens to leave their homes for safety, then it would be very different. Actually I do not think has ever been occured cases of this kind, which are quite extreme.

However, there are other examples that can be made. A Neapolitan girl committed suicide in September of 2016 by shame after a hot video (we use this euphemism) with her, shot by her boyfriend, ended up on the net and it went viral. In addition, do not forget forum and websites about vaccines, in which the discussions about their effectiveness and usefulness can be as scientific as possible or deny them completely, accusing the big pharmaceutical corporations to profit on people's health and urging parents not to vaccinate children and infants, despite the risk of serious disease.

Such a law therefore seems necessary, if only to punish stupids and fools who have no respect for the privacy and the ingenuity of people, perhaps even those closest to them, as in the case of the Neapolitan girl.

All right then? We can rest assured? No, not at all.

It's a news of these days that the information website NaturalNews has been removed from the Google index. That is, looking for NaturalNews with Google, nothing appears. Disappeared from the web. Lost. Evaporated. Fortunately there is still Yahoo!, but the problem is certainly not indifferent. The decision to remove NaturalNews from Google has been taken not in full autonomy but in completely indipendence by the corporation of Mountain View. What would be the fault of NaturalNews? It seems that the attitude of the site was always generally pro-Trump and not so much in line with the contemporary Western medicine. However, the writer has the humble albeit perhaps now dangerous opinion, that should not be Google to decide whether or not to index a site on the basis of its professed or not presidential preferences. Here is necessary to recall that on the occasion of the night of the first attack against Tripoli, during the infamous war against Libya that led to the death of Colonel Gaddafi and the destruction of his nation, Google Maps had swiftly changed the name of the Green Square in Martyrs Square although the legitimate Libyan government will fall several months later.

Also InfoWars is experiencing some trouble with Google, having been deprived of advertising revenue through the AdRoll platform. Someone also see the long arm of the usual Soros behind the attacks against Breitbart News and for sure old George does not really like Mr. Trump at the White House: it is known that his winning horse was that old witch of Hillary Clinton.

Something happens in Italy too. In January 2017 Facebook prevented redirection to the article "The dictatorship of inept technocracies is accelerating" by Maurizio Blondet because it could be harmful. The block was removed thanks to the protests of the users. Blondet is certainly not a follower of the official mainstream and often his articles are harsh and critical about many current opinions. It's easy to hate Blondet, especially when he writes unwelcome things that cast a ray of light on certain commonly lies belived for true.

However the true alarm bell here in Italy is tripped when the blog ByoBlu was seen cut off from the platform AdSense and therefore also from the advertising revenue. Claudio Messora manages Byoblu and is another of the "non-aligned" with the official mainstream. Many defects can be attributed to him but not to be a cheater: if you are not a well-off retired or do not receive substantial funding from organizations of a certain type (like Soros' Open Society...), the only way to keep standing a serious blog, maybe  including some external collaborators, it is through small donations and advertising. No ads, no money.

To understand how Google is a complete part of the military and inteligence US arsenal, I want to briefly recall the story, all Italian, of Volunia search engine that had set, thanks to a revolutionary system of indexing, as a direct competitor to Google and resulting even higher to it. After the initial enthusiasm lasted a few weeks, Volunia was shot down and survives today in state amoeba. It's clear that its inventors have never read anything about Enrico Mattei and Adriano Olivetti otherwise they would have not faced some issues with the  great lightness  they instead demonstrated. They were very lucky.

The fake news hysteria spread in these days comes with Trump at the White House because it is known that the winner of the last presidential race had to be Hillary Clinton, a champion of the New World Order. Part of so-called Western elites, the US in particular, is now afraid not only by the possible end of globalization tout-court, and therefore by the loss of huge profits coming from the exploitation of huge masses of human beings, but above all fears of ending up on trial or sentenced if all the deceptions and manipulations perpetrated in recent years should have to emerge.

Italy has not escaped this hysterical climate and the bill about the regulation of news on the web is revealed rather as a freedom-killer and servile attempt put in place by the (pseudo) Italian elite, yet obsequious towards the Anglo-American counterpart that is not yet submitted to the defeat inflicted by Trump.

In an effort to understand even better the situation and its future development, I asked a few questions to Marcello Foa that, being himself a journalist out of the chorus and an expert in communications techniques, knows what is what.

Q) Foa, how much difficult is doing information in Italy?

A) The problem of traditional information (newspapers and TV) is the excessive referentiality to politics and the Palace [the Centre of Power]: the media follow their logic and lose touch with reality, proposing a question that too often self-censorship or not enough brave. There are exceptions: il Fatto Quotidiano, or La Verità - despite having very different positions - show some independence; but they are opinion magazines that reach a limited audience. Dissatisfaction with the official information has paved the way for so-called alternative information on the web and especially gave visibility to commentators even unknown until recently (Alberto Bagnai, Claudio Borghi Aquilini) or journalists marginalized in traditional newsrooms. Perhaps what is lacking in Italy is now a "heavy wight" alternative news site really influential. But overall you can make information in Italy.

Q) What do you think about this bill?

A) Baffling. It provides even jail time for those who spread "false and misleading news", as it was only at the time of fascism, which in fact justified the censorship using exactly the same language. It's unacceptable: it clearly represents a form of intimidation for bloggers and social pages that break the official narrative and is decidedly asymmetrical. One of the main problems for the information of today is represented by non-reliable information that is propagated by the same institutions using spin techniques. The examples are numerous and sensational, starting with the reasons for the war in Iraq, totally invented and unpunished. But nothing is scheduled against this form of manipulation. Therefore it is evident that this proposal is instrumental and is within the ongoing attempts throughout the West to muzzle the press and the voices free and "populist".

Q) Fake news or simply fear? In your opinion what is behind the hysteria that hit part of western elites?

A) It's the awareness that they have lost the ability to steer the masses and, above all, is the fact that they have lost against the White House and the British government. And this is unacceptable to the elites that from the last 30 years are spreading globalization. Indicative of this is the reaction of Obama's former adviser, Kupchan, who in an article has indicated the strategy to follow to destroy the populists and save globalization. We are facing a truly global counter-offensive.

Q) Trump also uses the same language of some of his opponents. So what can we reasonably expect in the near future?

A) Trump realized the instrumental use that his opponents do of mainstream media and responds blow for blow. The real problem of Trump presidency is the existence of two currents in his administration: those of loyal, anti-globalization and pro-détente with Moscow, and those of the second hour, more tied to the traditional logic of the Republican Party, which had to take on board not to break with a party that has a majority in Congress and for lack of management employees. The outcome of this confrontation will determine the ability to change of the Trump administration.Costantino Ceoldo - Pravda freelance