During the first weeks of his presidency, Donald Trump has very clearly outlined basic contours of his foreign policy. It is clear, at least, whom Trump considers closest partners and allies of the United States - the UK, Japan and Israel. These countries will apparently be included in the Trump camp, and Washington will use their support for geopolitical games with other global players, such as China, Russia, and the European Union. 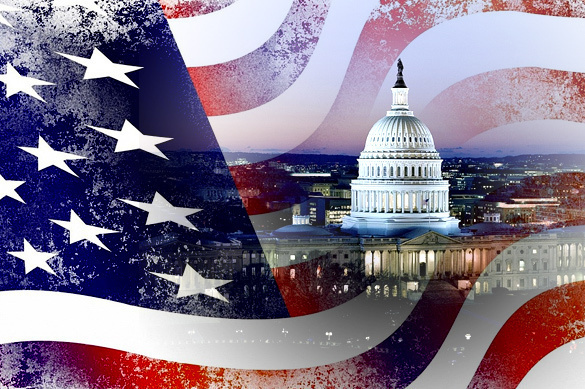 British Prime Minister Theresa May and her Japanese counterpart Shinzo Abe were the first foreign guests to have visited the White House after Donald Trump's coming to power. Israeli Prime Minister Benjamin Netanyahu is next - he is to arrive in Washington on February 15.

The leaders of these three countries are coming to the USA to meet Donald Trump at the time when "international liberals are tripping over themselves to turn Trump into some kind of outcast, a leper, whose hand is disgusting to shake. May, Abe and Netanyahu understand that their visits to Washington look like an act to "kiss emperor's hands." There is every reason to believe now that London, Tokyo and Tel Aviv will be the main allies of Washington on the world arena. This a new style, a style of Donald Trump: he needs a few, but loyal, strong and resolute allies. He refuses from shapeless and irresponsible "multilateral coalitions" of global scale, that his predecessor had a fondness for. Those coalitions have been useful in some ways: they could blur over the role of the United States and erode Washington's responsibility. The coalitions have also created a plethora of problems for the United States, and none of them has been solved.

The style of Donald Trump may look more traditional and outdated, but it has one distinct advantage. It is understandable and predictable - these qualities are highly valuable in practical politics. Trump has clearly defined his closest allies, which means that he has a clear foreign policy program, for the implementation of which he needs Britain, Japan and Israel. These countries are  directly associated with the United States and remain free from the bonds of the European Union, as well as Transatlantic and Transpacific Partnerships.

No European leader has paid a visit to Washington yet. Indeed, there is no one to speak to in Europe yet, at least before the elections in France and Germany. The European Union seems to have lost the status of a serious global player. Trump has unashamedly made it clear that he is not interested in Europe without Britain either as a trading or military and political ally.

As far as Russia and China are concerned, the situation is more complicated at this point. It appears that Trump intends to play interesting games with Moscow and Beijing. In order to understand what kind of games they can be, one needs to take a look at the circle of Trump's enemies. They are Iran, North Korea and the so-called Islamic State (the terrorist organization is banned in Russia).

Let's start with Iran. Trump has announced his intention to renegotiate the terms of the "nuclear deal" with Tehran. Tehran has conducted two missile tests in response. Trump has declared Iran a "major global sponsor of terrorism" and launched a procedure for the introduction of new sanctions against the Islamic Republic.

All this creates difficulties for Russia. After all, Iran is our closest ally in the war in Syria. Moscow and Tehran have a common enemy - the Islamic State, although this is an enemy for Trump too.

It appears that Trump would like Moscow to give up the alliance with Iran for the sake of the war on international terrorism. At the same time, Trump is ready to take the final step to turn Iran into a nuclear missile power by relieving the country of its nuclear deal obligations.

Russia got the message. For the time being, however, no one knows whether Russia is going to turn its back on Iran. The USA may offer another alliance to combat international terrorism - Russia, the USA and Israel. This alliance will have a logic extension in the face of Turkey, Saudi Arabia and Egypt. The main content of this proposal is the Russian-American partnership in the Middle East, without which solving the region's problems is impossible.

As for North Korea, Pyongyang has conducted another successful test of its medium-range ballistic missiles. This gives the new US administration a reason to start to actively shape a system to counter the North Korean threat. This entails an alliance with Japan, which may lead to gradual depreciation of the multilateral mechanism for resolving the North Korean nuclear issue with the participation of Russia and China.

Trump is confident that nuclear exercises in North Korea can only be made possible with the support of Beijing. Donald Trump does not trust the Chinese. USA's strategic partnership with Japan (and South Korea) appears to be the most adequate mechanism to contain North Korea (China that is).

Trump may support Japan's desire to shake off military restrictions. In this case, Tokyo will turn into a powerful military-political ally, able to take on major responsibilities in the region. If all goes well, Australia will most likely be willing to join USA's alliance with Japan to create some serious counterbalance to China.

London is designed to take on military and political responsibility for regions where there is no need for a direct presence of US forces. It goes about such areas as, in particular, the Persian Gulf and the Middle East.