Donald Trump does not care about other countries' internal affairs

Why did the Americans support Donald Trump? Does Trump intend to pay first priority attention to problems in the US economy? How is Trump going to change the foreign policy of the United States? Pravda.Ru editor-in-chief Inna Novikova discussed these questions in an interview with former chief of Israeli intelligence service Nativ, Yakov Kedmi. 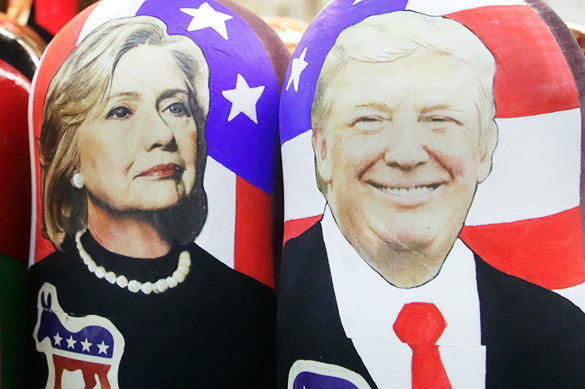 "Hillary Clinton's pre-election tactics has showed how low Western politicians can treat their own people. Mrs. Clinton demonstrated very cheap tricks, with which she tried to buy her people. Unfortunately, this is a common trend for not only the United States, but also for the rest of the world. The system of power and politics in the Western world in general has stalled.

"The people, who stand behind those decisions, become less and less capable of solving problems of state importance that their countries are facing. We could see this process unfolding before our very eyes in the UK, the Brexit vote, and then in the USA, during the presidential election. The elites took every effort to stay in power at all costs, and we all could see where those efforts took them.

"To a certain extent, it reminds me of events that we experienced in the USSR many years ago. If the Soviet leadership that came to power after Leonid Brezhnev's death in 1982 had had enough political wisdom to start necessary reforms and change the elites, the Soviet Union would have been preserved. Instead, however, those people were trying to stop time at all costs. They wanted to keep everything as it was. They rejected the idea of anything knew, because they did not know what was going to happen to them in that case.

"The same thing is happening today in the countries that call themselves democratic. The elites of those countries block all the reforms that the countries need to conduct. This is what differs those countries from such states as China, for example. The Chinese authorities started running necessary reforms consciously, step by step. Today, China is stronger that ever before - the country has not collapsed, like the USSR did, and the Communist Party still remains in power in China. Moreover, it was the Communist Party that has taken the country to a new level of development.

"The problem is not about a form of government, but about the way how the authorities understand what is happening in their country, and to which extent they are ready for reforms without losing common sense.

"Europe has found itself in a very complicated situation today. European countries will have to look for decisions alone. Over the past decade, Europe has been raising a monster - bureaucracy that controls Europe today. Today, we can see a group of people ruling all of Europe, and those people, whom we do not even know, make their own decisions without taking account of the interests of each and every country. Needless to say that they will be doing everything possible to keep afloat the system that they have created themselves. Until recently, such a state of affairs was beneficial to the United States. Today, however, there is Donald Trump in power in the States, and he looks at things differently. Consequently, Europe will have to look for a completely new paradigm of development.

"Trump spoke the truth, when he said that the USA could no longer maintain such a burden as the continent of Europe. The US economy can no longer support European bureaucrats."

"Among other things, Trump said that he was going to return production back to America. What does it mean economically?"

"It means that economic development will be directed inside the United States. The United States still has a huge advantage over other countries, but companies started eating out this advantage. The main consumer of the US economy is the United States itself: 65 percent of production was consumed domestically. This is, for example, the goal that the Chinese government sets for the economic development of China: to concentrate economy on the domestic market. In this case, economy would be based on the domestic market, and external fluctuations would be a lot less dangerous. One shall assume that the Trump administration will try to strengthen the internal market of the United States to raise domestic consumption. The companies and oligarchs that will profit from these economic policies will support the new policy of the United States.

"His party has a majority in both houses, both in Congress and in the Senate. It also means that the foreign policy of the United States is going to change too. There will be less political interference into economic activities. Ukraine, for instance, has turned into a black hole. The US needed Ukraine as a political move, but not an economic one. "According to Trump's logic, if it does not help the US economy tomorrow, the political factor in the support of Ukraine will play a much smaller role. The same applies to the interference of the United States in other countries' affairs. Trump said that such interventions were detrimental to the US economy and consequently, to American interests. That's all."

"You say that Trump talks about dangers to the American economy. At the same time, Iraq lies in ruins, but there is oil, gas and American oil companies in the country. Is it against American interests?"

"America has lost two trillion dollars in Iraq. Think about what the Americans could have done for the US economy with that money. What have they achieved? Nothing has been achieved politically. Economically, the profits of oil companies have grown, but American people have had to pay a huge price for that. They do not even care about the price that the people of Iraq have paid for that."