Eyes of War – An interview with Matteo Carnieletto

The first casualty in war is truth: when conflicts flare up fierce is always very difficult, if not impossible, to be able to inform the public by maintaining a slightest impartiality and intellectual honesty. Often it is easier adapt yourself to the common choir, the official mainstream, because it is the most comfortable and safe solution. The outside voices of the choir do not have an easy life but sometimes it happens, however, to run into someone who has managed to take root and continuously filter its message. 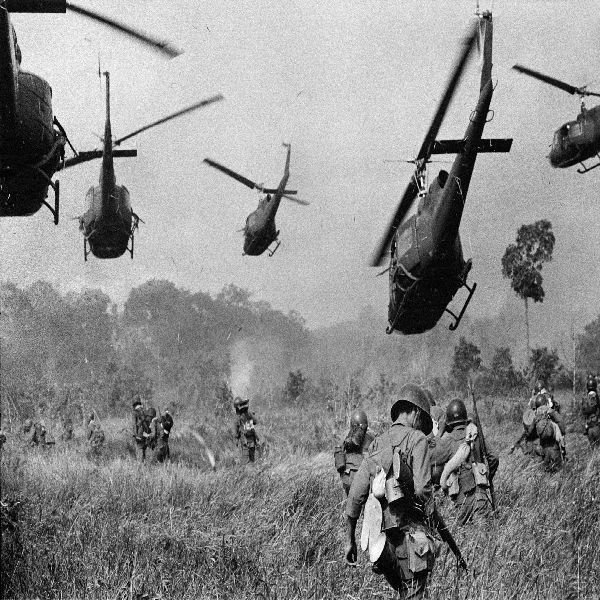 I've phoned Matthew Carnieletto, one of the curators of the informative website (and in this case an alternative one...) Occhi della Guerra [Eyes of War]. Carnieletto talks about freedom of speech, journalism, war reportage: with one eye on Italy, Syria, Ukraine and the other to try to glimpse the near future of the Trump presidency.

Q) Thank you very much for being here with us Mr. Carnieletto ... My first question is this: what does being a war reporter, today but also now 15 years since September 11?

A) I state that I am not a war reporter. I mainly desk, as they say in journalistic jargon, or stand behind the screen of a PC, read the agencies, I inform you and, above all, I try to understand what happens in the world. Here, September 11 represents a paradigm shift for journalism. It opens the season of the fight against terrorism, the United States will launch first on Afghanistan (they said that there was Osama bin Laden, when in fact the sheikh of terror was between his  Pakistani friends, in Abbottabad) and then Iraq. We all remember Colin Powell waving the vials of anthrax to certify that Saddam Hussein had weapons of mass destruction (that Americans have never found because there were not). It is said that the first casualty of war is the truth. It's true. Unfortunately we see it every day. Moreover, the Minister of Defense Donald Rumsfeld said candidly to journalists during a press conference: "We are not here to tell the truth, our goal is to confuse the enemy".

Q) The site that you follow, Occhi della Guerra, tries to inform readers in a different way and often against the mainstream. How hard is it to do this type of information in Italy?

A) A lot. Occhi della Guerra was born three years ago, within the editorial staff of ilGiornale.it. The main objective was to raise money through crowdfunding to make war reporting. The initiative worked so well that earlier this year it was decided to open a site that in addition to reporting, could also contain extensive analysis. Occhi della Guerra try to be clear in the yes, as in the nay (I steal a reflection by Indro Montanelli on il Giornale) and, above all, it try to describe reality with loyalty to the reader. For this reason we have no problems to relate what happens in the Donbass or in Syria. Citing once again Montanelli, our only master is the reader.

Q) Is this a situation that is getting worse day by day or there are any reasons to believe that it will get better?

A) The media landscape is devastating. The big newspapers are almost all aligned on domestic and foreign political issues. Take for example the Arab spring: all newspapers have exalted them... you had to bring down the dictators, first of all, Muammar Gaddafi. But then what happened? The dictator was eliminated and in his place came the chaos. Or, switch to a more recent topic, let's think to Donald Trump's victory. For months, every major US newspaper have said the more disgusting things about the tycoon, they have always given him at a disadvantage. But then what happened? Trump stretched out Clinton. The New York Times also wrote an editorial to apologize to its readers saying it has not been able to understand the uneasiness of the country. I do not know whether they were sincere or not. I don't care. But I think that many have reasoned a little as Giovanna Botteri, the Italian journalist in New York, who, after the victory of Trump, has directly said: "What will happen to us journalists? It was never seen as in this election media such compact and united against one candidate ... what will happen now that the press has no more strength and weight in the American society? The things that have been written, the things that have been said clearly had no impact on this result and on the electorate who believed Trump and not the press!".

Q) You has written two books about the Syrian tragedy: Secret ISIS and Western Blood. Can you summarize them briefly for our readers?

A) I wrote both Secret ISIS and Western Blood with Andrea Indini, manager of ilGiornale.it. In the first I worked to investigate how ISIS enlists new jihadists. We have collected the stories of terrorists who are in Syria and Iraq to fight a holy war. The second book, Western Blood, is a rather more rational work because we try to understand what are the techniques of terrorists to hit the West. We studied the manuals of the Islamic State and, above all, we have analyzed the flaws in the security of the European countries.

Q) It seems that in Syria hospitals and pediatricians are all concentrated in Aleppo and under steady government attack. Yet the Western media have not paid great attention to the recent attack on a Russian field hospital, just in Aleppo, operated by the terrorists. Disinformation? Fog of war?

A) About Aleppo and Syria in general, there is a lot of misinformation. For political reasons, of course. The rebels - if they are call this way only by us ... try to ask to Syrian Christians: they never say "rebels" but jihadists - have pampered politicians and Western newspapers. Barack Obama has made them one last gift, sending a last tranche of weapons, in defiance of what the elected president Donald Trump would like to do. It's misinformation. Think about, for example, to the famous lesbian girl forced to suffer the oppression of the Assad regime. Do you remember who it was? He was an American guy who wanted to "sensitize" the world about the Syrian issue. And of cases like this, in these five years of war, there were many.

Q) In any case, the complete liberation of Aleppo is imminent: in your opinion how much far is the end of the war in Syria, considering Russia's engagement and the new American presidency?

A) Syrian sources say that it will all end in spring. It's possible. But to give a definite answer we must wait for the settlement of Donald Trump in January. Although it must be said that during the last month the advance of Russians and loyalists was deadly.

Q) More generally, can we think ended because depleted as mean the season the Colored Springs in the Arab world?

A) We cannot say it for sure. We can hope it. Now is an outdated method. It was applied too many times and it is also too easy to guess when a protest is driven or not.

Q) Changing scenario, Occhi della Guerra has dedicated many reportage to the Ukrainian crisis. What is the situation in Ukraine at the end of this 2016?

A) It's the calm before the storm. Or, rather, this is how we perceive the Ukrainian crisis. In reality, people continue to die in both sides and the number of orphans and widows increases as well. It's the war that Europe will not see.

Q) According to you will the Trump presidency allow the recomposition of the Ukrainian crisis, and if so, on what terms?

A) Even in this case, as in the Syrian, the situation could unlock following the establishment of Trump. Time will, in fact.

Q) One last question: is Donald Trump honest when he says he wants relations relaxed and calm with Russia or the russophobic climax will remain, perhaps worse?

A) I think he's honest. Moreover he appointed Secretary of State a friend of Russia, Rex Tillerson, CEO of ExxonMobil. A small step has been taken. We have to see what are the other. Russian President Vladimir Putin, on the same day in which the tycoon was elected tycoon, has announced that he is willing to normalize relations between the US and Russia if Washington wants it. We are on track, in fact. Also because we avoided Hillary Clinton. What is worrying is the show of shields of some American intelligence community and of the Republicans, who fear a normalization of relations between the US and Russia. It's with this in mind that's you have to read the charges from CIA in recent days.

Audio interview with Matteo Carnieletto on YouTube [Italian only]: