Putin comes to Japan to make it Russia's staunch ally

Vladimir Putin started his two-day visit to Japan on December 15. The Russian president arrived in Japan two hours later than was originally planned, and his delay slightly changed the program of the visit. 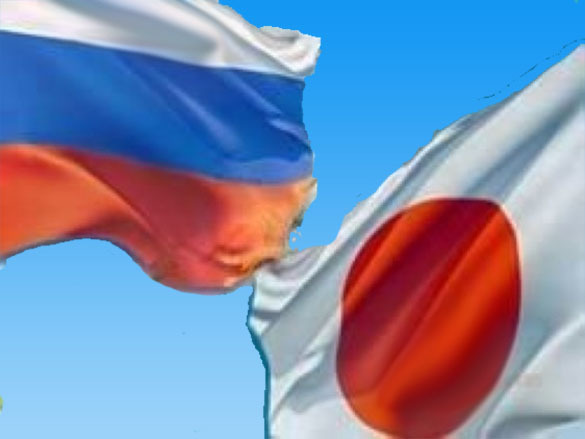 Putin is staying in Japan in the town of Nagato, the native town of Japanese Prime Minister Shinzo Abe. The Russian president was accommodated in a modest hotel, in which a night costs as much as $400. The town of Nagato is known for its hot springs. However, Putin and Abe canceled their visit to the thermal springs, which was supposed to take place during the first day of Putin's stay in Japan. On Thursday, it was reported that Putin was going to have grilled Japanese beef and fugu sashimi. It was originally believed that Putin and Abe would converse in the hot springs outlooking a Japanese garden, before going to an observatory. However, it was already too late to go to swim in the hot springs, and the visit was canceled.

The Russian president has held three rounds of talks with the Japanese Prime Minister: in a restricted format, tete-a-tete and with the participation of ministers. According to Russian Foreign Minister Sergei Lavrov, the parties paid attention to the Syrian issue, confirmed their agreement regarding the need for the implementation of the Minsk agreements and spoke about cooperation inside the UN. Japan is not a permanent member of the international organization, the Russian minister noted.

Putin offered the Japanese Prime Minister to renew the format of "two plus two" negotiations - with the participation of two defence ministers and two foreign affairs ministers. Putin also suggested meetings between the heads of General Staff of Russia and Japan.

Vladimir Putin said during the talks that the United States use a threat of the North Korean nuclear program as an excuse to expand military presence in the Asia-Pacific region. Washington's reaction is disproportionate to threats from Pyongyang, the Russian side said. The United States seeks to establish a positioning area in Northeast Asia, and Moscow approaches it as a part of the global US offensive combat system, in addition to existing missile defense bases in Europe, the Mediterranean and now in Alaska, Lavrov said.

During a joint press conference with Japanese Prime Minister Shinzo Abe in Tokyo, Russian President Vladimir Putin urged to end the "historical ping pong" on the Kuril Islands. In turn, the head of the Japanese government stated that Moscow and Tokyo would move to the conclusion of the peace treaty, the absence of which prevents the sides from resolving the territorial dispute over the southern Kuril Islands.

"It is necessary to stop this historic ping pong on these territories. One should finally come to realise that fundamental interests of both Japan and Russia require final long-term settlement," Putin said.

Abe said during the press conference that it was to early to speak about a resolution of the problem of the peace treaty between Russia and Japan. "The peace treaty problem and its solution remain our sincere desire. We have expressed this desire openly, but it is too early to talk about the solution of the problem - there is a lot of work left to do. If we could not resolve the problem within 71 days, we will not be able to resolve it quickly now, after one or two rounds of talks," the Japanese prime minister said.

Speaking about the problem of South Kuril Islands, Russian President Putin said that those islands could become an element that could unite Russia and Japan. This could be possible, if one makes correct steps in this direction, RIA Novosti reports.

"These islands, if we implement the plans of Mr. Prime Minister, may well not be an apple of discord between Russia and Japan. Quite on the contrary, they may become something that would unite Russia and Japan," Putin stated.