Francois Fillon has all chances to become the new President of France in 2017. Fillon has  demonstrated support for the new concept of the world - something that Russia has been up to recently as well. This is a world based on Christian values, free from the US supremacy and exceptionalism; the world united in opposition to Islamic extremism. No wonder, Western liberal media have already dubbed Fillon as another "Putin's agent." 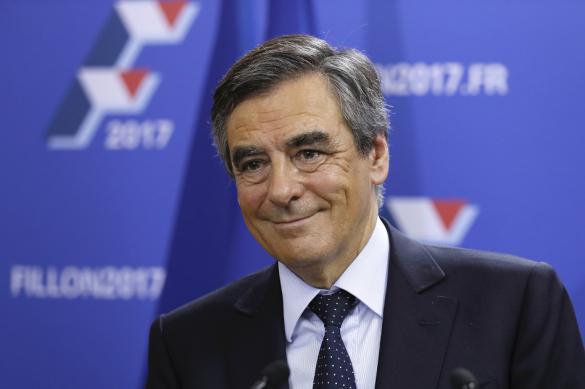 In the first round of primaries, Francois Fillon sensationally defeated Nicolas Sarkozy and Allen Juppe. The left are not regarded as a serious force to win the French presidential election in 2017. Most likely, Fillon's opponent in the second round will be the leader of the National Front,  Marine Le Pen, who will not be allowed to power because of the French electoral system, namely the agreement between the left and the right about the unification of votes against nationalists.

Russia does not threaten Europe. Really?

Francois Fillon said in one of his campaign speeches that Russia is the largest country in the world, but "this is a dangerous and unstable country, as it has never known democracy."

"The question that we need to ask ourselves when we do not want to defend Russia, is as follows: the countries that we know as democracies, such as the US or France, - are they safer? The world is on fire because of several Western democracies, is it not? Isn't it time now to revise the concept of democracy?" Fillon said according to agoravox.fr.

In a recent tweet, Fillon wrote: "Islamic totalitarianism, American imperialism and the dynamic Asian continent threaten Europe. Do not let them tear Europe apart." Note that there is not a word about the so-called "Russian threat."

"We need a new French diplomacy," the presidential candidate wrote for Le Mond newspaper. He  calls to conclude real partnership with Russia for common security and common prosperity. "We are far away from each other, but we need Russia on all issues," says Fillon. According to him, France should play the role of the "balance of forces" and implement it in a "global and independent diplomacy."

Speaking in a debate with Juppe last week, Fillon made it clear that he wanted to create a union with Putin in solving the Syrian crisis. Bashar al-Assad may be a dictator, but he was the only one who can help the West cope with ISIL.

One has to mention Fillon's stance on the Crimea. "The Crimean issue should be resolved in compliance with international law. There were violations in Kosovo. There should be negotiations conducted between Ukraine and Russia. With regard to the conflict in eastern Ukraine, I want Russia to observe the Minsk Accords, but Ukraine must do the same too, although Kiev has been blocking their implementation. The Ukrainian Parliament refuses to vote on one of the fundamental aspects of this agreement - granting autonomy to the Donbas," said the French politician.

"The Russian Federation is not a threat for Europe, although certain political forces are trying to convince us of the opposite. It is wise to use the policy of sanctions that has not brought any good to France, but has brought losses to French farmers and pushed Russia towards Asia? This policy has failed and it is time we should admit it," Fillion said in the debate.

Fillon was immediately dubbed as Putin's agent, just like Donald Trump was. In response, Fillon said that he considered the Russian leader a major professional, but he rejected any direct support from the Russian president.

"We have worked with Putin before, when I served as the French Prime Minister for five years, and he was the Russian Prime Minister," Fillon said.

"If I win the presidential election in France, I will try to build a normal dialogue with Russia. France should sit at the table of negotiations with the Kremlin, without waiting for consent from the United States. We must try to reconnect, and even if it does not materialize at once, it should let us bring Europe and Russia together," Fillon said.

It is not only Fillon, but the French establishment in general that tries to establish a favorable dialogue with Russia. France will therefore try to stand up against the USA by making steps towards Russia. Why not? Suffice it to remember Stalin's efforts to help France join the UN Security Council, when the Anglo-Saxons considered France an accomplice of Hitler. In addition, Nicolas Sarkozy helped Russia during the armed conflict with Georgia. To crown it all, Gaullist views about a special role of France as a mediator between Russia and the West are still alive and require implementation. Globalization disgusts the French, especially against the background of the the threat to replace Christian culture with Muslim culture.

It is worthy of note that Francois Fillon is a Catholic who lives in a XII century castle. He has five children. Fillon is an opponent to gay marriage and abortion. He studied law at the University of Paris Descartes, was elected to the French parliament in 1981 and continued a long political career in various ministerial posts, up to the post of the prime minister in Sarkozy's government.