The administration of a waterpark in the Catalan province of Girona, Spain, banned Muslim women in burkini from using waterslides (burkini is overall swimwear worn by Muslim women that leaves open only the face, feet and hands). 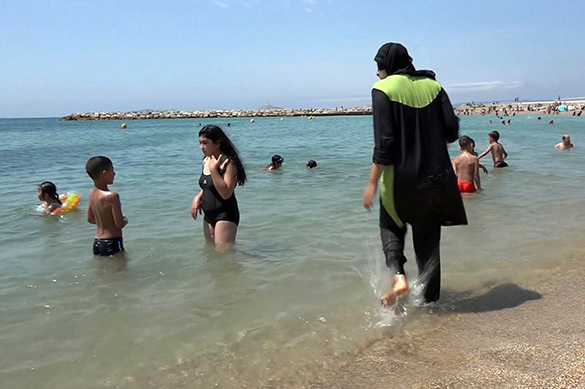 According to the director of the waterpark, Maribel Lopez, the decision was made for security reasons, as loose clothing may lead to accidents on waterslides, El Mundo newspaper wrote.

The ban has sparked a heated debate in the country, although the waterpark director expressed bewilderment about such a reaction as it is forbidden for visitors to use water attractions wearing, for example, baggy shirts, for safety reasons.

The wearing of burkini has been recently banned in several resort towns in France. The  authorities of Cannes declared that Muslim swimwear "conveys an allegiance to the terrorist movements that are waging war against us." It was also reported that the authorities of Cannes had taken adequate measures against ten women, who broke the ban.

French Prime Minister Manuel Valls supported the initiative and said that beaches, like any other public place, should be free of religious claims.