During the time of independence after the collapse of the USSR, Moldova has been torn between Europe and Russia. The political elite has been pulling the country into Europe, but the economy of the small country does not fit into it. There is no place for Moldovan products in the West, but they can find good demand in Russia and former Soviet republics. Moldova's undecidedness has thus led to deindustrialization, impoverishment of the population and endless flows of migrants who leave the country in search of work abroad. 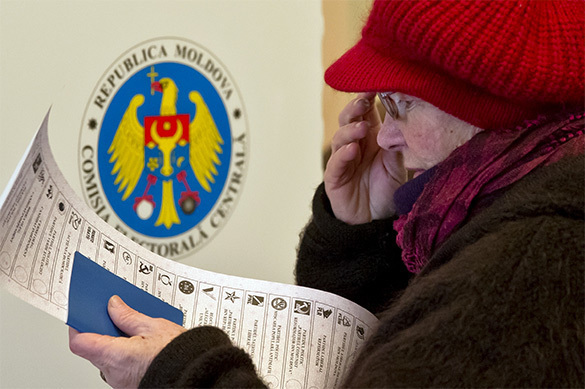 On November 13, pro-Russian candidate Igor Dodon announced his victory in the presidential election in Moldova. Pravda.Ru conducted an interview about the current state of affairs in Moldova with Doctor of Political Sciences, the head of the department for Transdniestria and Moldova at the Institute of the CIS, Sergey Lavrenov.

"How would you describe the situation in Moldova today? Where does the country want to go?"

"I would not connect the current situation in the Russian-Moldovan relations with the aggravation of Russia's relations with the West. In fact, they have always been uneven for various reasons and political and economic interests.

"In a nutshell, Moldova has been trying to sit between two chairs for quite a long time. Politically, Moldova outlined its priority in 1995 - European integration. At the same time, due to the strong dependence of its economy on the markets of Russia and the CIS, Moldova was forced to support and develop its relations in the eastern direction as well. In 1991, Moldova joined the CIS, although the parliament ratified the treaty only in 1994. In 2011, Moldova joined the Free Trade Zone of CIS countries. The country appears as an observer in the Eurasian Economic Community.

"However, Moldova has been interested in the eastern direction of its development only from the point of view of economic interests. It goes about sales markets for Moldovan agricultural products and raw materials. After the collapse of the Soviet Union, Moldova lost its status as an industrial country and appeared as an agrarian nation. Moldova remains extremely dependent on the supplies of Russian natural gas and petroleum products.

"At the same time, Chisinau had been making consistent steps towards the European Union. The Moldovan authorities had undergone many procedures for the signing of the Agreement on Association with the EU in 2014. However, all the hopes about the GDP growth did not materialize."

"Can Moldova integrate into the Western community or is it just a slogan?"

"Of course, the European Union was serving this accordingly. This idea still finds support among a considerable amount of people, who still believe that Moldova should move towards the EU. Yet, the trend has been changing lately. The advent of pro-European parties and the creation of the alliance for European integration increased the number of those supporting the idea of Moldova's movement to the West up to 70 percent. This number has been declining steadily during the recent years. Nowadays, there are up to 40 percent of those who still believe in the European dream. Against the background of huge failures of economic policies, a growing amount of people come to realize that Moldova should be moving in the direction of the Eurasian Economic Union. This has been a stable trend recently that has already found the support among 43-44 percent of the population."

"Do you think that a conflict within the Moldovan society can be possible?"

"EU's Eastern Partnership program is based on either-stay-or-go principle. Russia has a more flexible approach. Russia has never closed its doors for Moldova. The latest initiative from the Russian leadership, for example, was about the resumption of negotiations on the establishment of trade and economic relations. Russia sees Moldova as a country, which it has been sharing economic, political and cultural relations for a long period of time, including during the Soviet era. Russia takes a tremendous step forward, although Russia is not interested in it from the point of view of economy. Moldovan products take 0.2-0.3 percent on the Russian market. Still, Russia gives Moldova to understand that Russia is interested in stability in the country and friendly relations."