Scientists from the United Nations University named a place in the world, where a nuclear conflict may break out already in the near future. 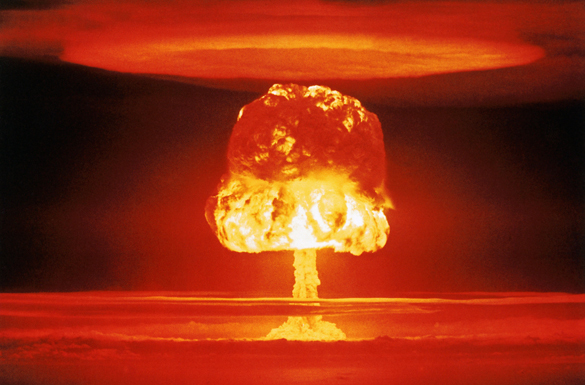 "The Indus river basin may be seen as a water time bomb, which may go off any time with increasing water scarcity, variability and progressively changing climate. There are similar water-related accumulating tensions and issues in other major river basins and UNU-INWEH has embarked on the scrupulous analysis of those to ensure peaceful and sustainable trajectory of river basin developments," UNU-INWEH Director Vladimir Smakhtin said.

It goes about two warring countries, both being nuclear powers - India and Pakistan.

A month ago, India announced the termination of the work of the bilateral Indus River Commission. The commission had been in charge of water relations between India and Pakistan since 1960, when the countries signed the Indus Waters Treaty. Islamabad, in turn, declared it a hostile action on the part of New Delhi and said that such a move of the Indian government would be regarded as "an act of declaration of war."

The Indian subcontinent already has water supplies problems, and the further increase of the shortage of water resources may give rise to internal political instability in the country. The instability will in turn push the country's leadership to a move to "solve all problems at once."

The former minister, speaking in Brussels to foreign ministers of Ukraine and Poland and a US congressman, said: "We now have fewer nuclear warheads, but the risk that they will be used, is increasing."