Russian President Vladimir Putin discussed issues of additional security measures for citizens and infrastructure in the Crimea with members of the Security Council of the Russian Federation. The meeting was held after Russian special services prevented a terrorist attack on the peninsula, RIA Novosti reports. 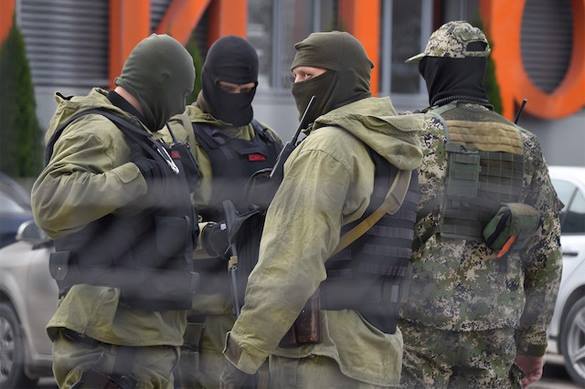 "The head of state held a meeting with Security Council members to discuss additional measures to ensure the security of citizens and vital infrastructure facilities of the Crimea after special services of the Russian Federation prevented a terrorist attack on the peninsula. During the meeting, the officials discussed anti-terrorism security measures on the land border, in marine waters and in airspace of the Crimea," the press service of the Kremlin reported on Thursday.

The participants of the meeting also discussed the agreements that were reached as a result of Putin's meetings with the leaders of Azerbaijan, Iran, Turkey and Armenia.