Putin arrives in Crimea to hold meeting of Security Council

Russian President Vladimir Putin has arrived in the Crimea for a working visit. During the visit, Putin will hold the meeting of the Security Council and attend the National Youth Educational Forum "Tavrida" in the Bakal Spit. 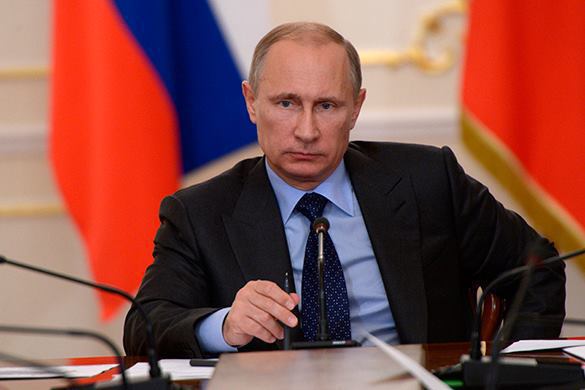 The Educational Forum started working in the Crimea on July 1 and is to end on August 24th. As many as 3,000 teachers and young professionals of creative directions take part in the forum.

The Forum is held on the instructions from the Russian president. The event is organized by the Federal Agency for Youth Affairs, the Russian Patriotic Center and the Public Chamber.

President Putin has visited the Crimea five times during the recent two years. The president conducted meetings of the Security Council, had meetings with the authorities, public figures and the population.

According to Putin, Kiev has recently attempted to conduct subversive activities in the Crimea because Ukraine is either unable or unwilling to execute the regulations of the Minsk Accords.

On August 10, the Russian Federal Security Bureau announced the arrest of a group of saboteurs, who had plans to conduct terrorist attacks on the peninsula at the direction of the Ukrainian Defense Ministry.

Putin stated afterwards that Kiev switched to the practice of terror. After the prevention of terrorist attacks in the Crimea, holding meetings of the "Norman format" as part of the G20 summit was meaningless, Putin said.