US turns cold war into hot one

Michael Morell, former deputy director of the CIA openly called to kill Russians and Iranians in Syria during his interview with the CBS News. He believes in such a way Moscow and Tehran should pay a price for their acts in the Middle East. 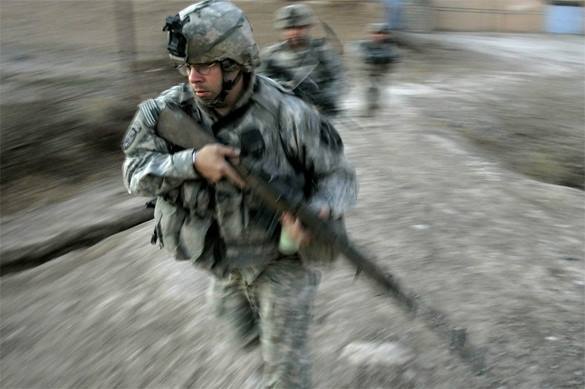 The expert stated that such appeal of an official is not propaganda but call to act.

'Why Russians and Iranians? Because these two countries changed situation in the whole Middle East. Namely Russia and Iran supported legitimate government in Syria, did not allow the CIA fulfill its plans on total annihilation of the Syrian state, as they did with Iraq, Libya, Yemen and tried to do the same with Egypt and Syria,' Leonid Ivashov explained.

That is why 'the Americans do everything they can to discredit Russia and Iran, which cooperated with Russia. Because they change situation. Today the US is not popular in the Middle East. It also has huge political losses here, as the region favours Russia's and Iran's policies more. And the US will definitely collapse as the Syrian state is certainly to stand its ground.'

'They also invested a lot of funds to destabilize the region, while Russia and Iran deprived them of return. Thus special operations are implied. And they have been already held, these are downing of the Su-24, terror acts, downing of helicopters, these acts are carried out by the US special operations forces,' Leonid Ivashov told Pravda.Ru.

'So, we should be vigilant, cooperate more closely with the Iranian, Syrian special forces and remains of the Iraqi ones. Turkey should also be pulled out of the US plans and drawn into our orbit, security orbit of the great region attached to our borders,' the expert highlighted.

The state of affairs will be deteriorated as the Americans see that they are pressurized by the West. The East pressurizes the West. China cooperates with Russia, the BRICS, money and so on, a new world order is set, where the Americans will play second fiddle at least.'

'They are not quite successful in competing with Europe. Europe refuses to sign the North Atlantic treaty and seriously opposes the US. They lose their positions in the Middle East, surrender them to other countries, there is no success in the Pacific region,' Ivashov added.

'They have outmuscled 12 countries there, which signed the TPP, and they can see that Russia revives despite all the weaknesses, sanctions, and initiates construction of new regions and the whole world itself. Thus, they will act against us by all means and carry out special operation on annihilation of our citizens,' the expert explained Pravda.ru.

'We can evidence it in sport and in culture. We evidence development of biological weapons, genetically modified food, and attempt to bring it to Russia.'

'This cold war may grow into a hot one. Constant drills, build-up of group around our territory, anti-russian propaganda. We should be ready for serious challenges. And these are propaganda activity, reinforcement of our security structures, armed forces, and of course economy,' Leonid Ivashov concluded.