Europe faces discord on how to treat Ankara. 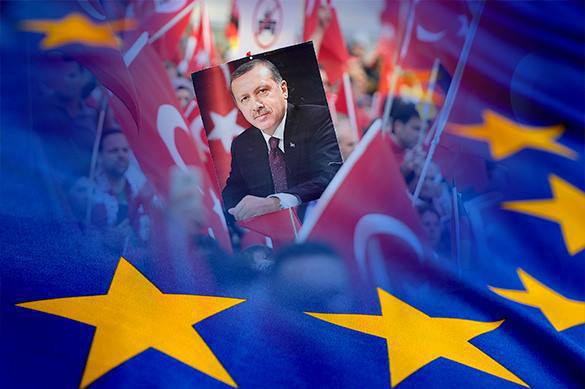 While the Austrian Chancellor offers to suspend negotiations with Turkey on its joining the EU, Carl Bildt, Co-Chairperson of the European Council on Foreign Relations, former PM of Sweden, calls the EU leaders to promptly set off for Turkey to support Erdogan and discuss how to secure 'democratic and European way for Turkey,' as he wrote in his article in Politico.

According to him, Bildt just does not want Europe to let Erdogan go under Russian influence. 'Bildt is a strategist, he has another vision, rather than European bureaucrats.

A few EU leaders thought of what would happen if military junta came to power in Turkey. Even more tough policy would be carried out.

Thus, Bildt calls not to surrender Turkey, so that it would be under the influence of the EU.

But they will hardly listen to Bildt in the EU. As the EU political establishment is completely neo-liberal. And they pay no attention to really important, strategic, geopolitical problems, problems of national interests. They judge everything only by whether human rights are respected or not.

Putin's rapprochement with Erdogan is the most terrible thing for such politician. So, Bildt is ready to pardon all the wrong steps of the Turkish leader.

Bildt realizes that in case of Turkey's rapprochement with Russia, a new geopolitical game will be started on the East and South-East of Europe, which the EU may oversleep.

Russia may agree with Turkey upon Syria, joint energy policy, Turkey is even ready to jointly stabilize situation in the Black Sea region, I believe. Turkey is an independent partner in an interesting region between Europe and Asia, which may also benefit cooperation of the Shanghai Cooperation Organisation and the Eurasian Economic Union,' Alexander Rahr concluded.