The murder of the priest in the small village of Saint-Etienne du Rouvray in France has demonstrated the willingness of the Islamic State to destroy "infidels" everywhere and by all means. The atmosphere of fear has seized Europe. The Europeans have become hostages to the Islamic State. Who is to blame? What is in store for European neo-liberalism? How long will Europe be able to remain peaceful? 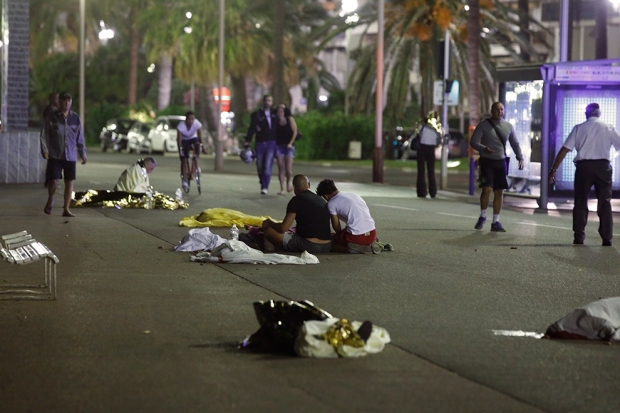 French President Francois Hollande, speaking to the nation after the brutal murder of priest Jacques Amel, urged the French "to stay united" in the war against the Islamic State (the organization is banned in Russia). "Terrorists want to divide us, they want to hurt us. The Islamic State has declared war on us. We must win this war," Hollande said.

The head of the National Front party, Marine Le Pen, commented on Hollande's remarks "Alas, Mr. Hollande is wrong. Islamists do not want to divide us ... they want to kill us," Le Pen tweeted. According to her, the French president does not understand it. Instead, he tries to imagine that terrorists attack his government.

Where does neoliberalism take Europe to?

French President Hollande called on the French people to support neo-liberal values ​​and rejected the idea of ​​tightening the law in limiting freedoms. Yet, the people do not want to be terrorists' hostages in the name of tolerance and multiculturalism - the values that get devaluated slowly but surely. The French want their government to close down propaganda websites, tighten entry rules for refugees and deport dangerous migrants. According to BFMTV, the Nice prosecutor has registered the fourth complaint against the officials, who were responsible for security on Bastille Day on July 14, when a native of Tunisia rammed a truck into a crowd of people.

These complaints and angry discussions on blogs herald mass anti-government protests in France. The Islamic State has chosen the tactic of war of attrition using all means of attacks - from Kalashnikov rifles to axes, from taking people hostage at night clubs and churches to suicide bombers at airports and restaurants. Several days ago, an 18-year-old young man shot nine people dead in Munich. The actions of only one person paralyzed the German city, the police was in confusion, while politicians were trying to pretend that the attack had nothing to do with the Jihad of the Islamic State.

The German authorities prefer to categorize such attacks as incidental crimes committed by mentally unstable individuals. Even if this is true, such attacks cause a very serious damage to the moral strength of the population and incite aversion to Muslims. The latter remain on the verge of a nervous breakdown as well. As a result, Europe may wake up one day to face racial and religious clashes.

Down with Hollande, down with Sarkozy!

Interestingly, the majority of French people do not want to see Francois Hollande and Nicolas Sarkozy as presidential candidates in 2017, a survey by Harris Interactive says (82 and 71 percent respectively). The French are willing to vote for Marine Le Pen (38%), François Bayrou (32%) and Jean-Luc Mélenchon (31%).

Why not Sarkozy? When Nicolas Sarkozy came to power, France's friends became its enemies. In Afghanistan, Iraq, Libya, Chad and Syria France wanted to sow "democracy" with the help of bombs. Sarkozy was running a war for the sake of hydrocarbons and control of their transportation.

The war in Syria is the most striking example. It was a conflict, in which the West encouraged Erdogan five years ago to use Saudi and Qatari money to fight against jihadist allies of Bashar Assad - Russia and Iran. The Syrian oil and a gas pipeline to Europe were at stake. One can see today that the war has led to Islamic radicalism and its formation into a quasi-state.

Hillary Clinton will take all to grave

Strangely enough, no one seems to worry a bit about the fact that Hillary Clinton, the ideologist of this policy, is craving power in the USA. If she takes office as president, she will continue using "good terrorism" as a weapon in a hybrid war to influence political processes in different countries. For the time being, Jihadists go on rampage in European and Arab states, but the situation may change for the worse if Clinton comes to power.

Meanwhile, European politicians face serious internal problems: the unemployment rate in the EU grows, the debt bubble continues to inflate, pensioners make their ends meet to survive. Against such a background, Europeans may revolt against the state neoliberalism to find another solution that neoliberal media call authoritarianism and take every effort to discredit it.