Libya turns into hotbed of international terrorism near Europe

Libya still remains in a state of civil war. The economy of the country is in ruins, the Libyan society is disintegrated. Pravda.Ru talked about the current state of affairs in the war-torn country, as well as about the need for Russia's presence there, in an interview with President of the Society of Friendship and Business Cooperation with Arab Countries, Vyacheslav Matuzov. 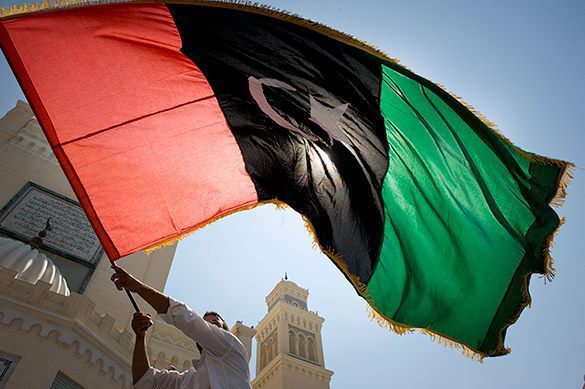 "President Putin said at the recent Economic Forum in St. Petersburg that Russia and Italy were going to coordinate their actions to stabilize the situation in Libya. Does Russia need to interfere in what is happening in Libya?"

"The role of Russia in the world has been growing after a long period of retreat in international affairs, when it was believed that Russia's interests in foreign policy were limited to the countries of the former Soviet Union. The Americans assumed that Russia had left the international political arena, and all that happened in Libya in 2012 indicated that they believed so indeed, and they were right. It led to total anarchy and the destruction of the state with a high level of socio-economic development. Today, one needs to collect pieces of the glass that the Americans had broken. There is a serious danger coming from Libya. There is every reason to believe that Islamic State fighters may try to go to Libya from Syria and Iraq. There is a hotbed of international terrorism being formed next to European countries, such as Italy and France, that took part in the destruction of the Gaddafi regime under the leadership of the United States."

"This is a highly explosive region as there is Egypt and Algeria near."

"True. There is the Nigerian and Somali Boko Haram movement there, and terrorists may simply travel to Europe as refugees. In Syria in Iraq, Islamic State fighters were blocked on all sides. In Libya, the situation is different as the borders of Libya are open. Militants are very much attracted to Libya because this is a very wealthy state. If terrorists learn to handle its resources, the consequences that this may entail will affect even the Americans. I believe that the Americans are now changing their policy. At first, they wanted to flame wars to destroy the Islamic world and create new countries. This policy was known as the roadmap of Lieutenant Colonel Ralph Peters. They failed to succeed because they could not crush Syria, and Russia's sudden interference came as an absolute shock for them.

"They wanted to crush Syria the way they did it in Iraq and Yugoslavia. Yet, it did not happen, because the Russian administration made a strategic decision to deploy a Russian air base in Syria. The Russian leadership realized that Russia could no longer retreat, because it was dangerous for the Russian national security. The events in Ukraine showed it clearly. The power in Ukraine changed a year before it was supposed to change. The Americans were planning to hold a democratic election, in which Yanukovych would leave quietly. After Russia demonstrated its tough military position in Syria, the Americans were forced, gritting their teeth, to leave Bashar Assad alone. As a punishment, Russia had to deal with a military coup in Kiev."

"Do you think that Russia could act in Libya similarly to its actions in Syria? Can Russia set  forth certain conditions and start talking to her opponents in a strict tone? Russia has not been in an active dialogue with the Americans - we seem to prefer to talk to the Europeans instead."

"Libya has its own scenario. The Europeans are concerned about the events in Libya in the first place. Italy and France are very much concerned about the wave of migrants from the country. Yet, the Americans still want to bring their reliable agents to power in Libya. Now is the time when Russia can play a very important role in the future of Libya. Without addressing the Security Council, without the right principles to settle the Libyan crisis, none of the warring parties will be able to win."

"As I understand it, in Libya, the east of the country is ruled by the Parliament and General Khalifa Haftar - the area of Benghazi. The west, in the area of Tripoli, is ruled by the newly created government, the members of which arrived there by boat from Tunisia. Is it true?"

"I very much liked a statement from Russian Foreign Minister Sergei Lavrov, who, when describing the Libyan government of national consensus, said that not only do they have no control over Tripoli, but they are afraid to look out of the bunker of the air base in Tripoli."

"But nevertheless, they are an internationally recognized government."

"That's right, because there is the question of who is the boss. How can one rule anything if there is nothing to control? When General Haftar was paying a visit to Moscow, Russian officials also met with the deputy of the interim Libyan government. We also need to conduct a meeting with representatives of the parliament."

"I noticed that Russia has been in contact with Italy about Libya."

"Italy's opportunities are extremely limited. Yet, it appears that the USA and Europe share different views as far as the Libyan crisis is concerned, and Russia needs to take advantage of that. I think that Russia would like Europe to play a more active role at this point.

"More importantly, Russia seems to forget about the position of the Arab countries that have a direct interest in maintaining stability in Libya. Algeria shares a long border with Libya. Algeria has been struggling against Islamic terrorists, the Salafis, since the 1990s. Now Algeria sees another source of Islamic infection right on its border. Egypt is very much worried about the events in Libya as well. Saudi Arabia also sees a very serious danger coming from Libya. These countries know that Islamic terrorist will be targeted against Islamic countries - against the countries that play the leading role in the Islamic world."