The West has raped, killed and destroyed the whole world

How is the recent NATO summit associated with the terrorist attack in Nice? Is NATO getting ready for war with Russia? Are the Europeans sincerely afraid of the Russian aggression? Pravda.Ru editor-in-chief Inna Novikova talked about it in an interview with Russia's well-known journalist, Maxim Shevchenko. 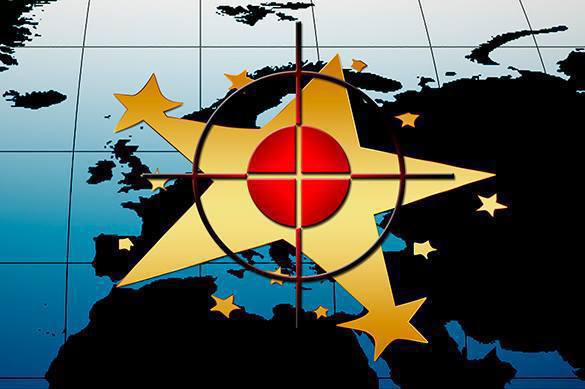 "At the summit in Warsaw, NATO members have agreed that 4,000 troops will now be deployed in the Baltic countries and in Poland. Is Russia still the prime enemy for them? Do they understand it in Europe that NATO is directing its guns at Russia?"

"Will they continue to spend money to defend themselves against the so-called "Russian aggression?"

"They are the main aggressors. It is the West that drowns the whole world in the sea of blood. The West has raped, killed and destroyed the whole world. Look at the number of wars that NATO has held in the recent decades: Iraq war, Bosnian war, Yugoslav war, the war in Libya, second Iraq war, Afghanistan, Syria. Then there was the invasion of Somalia that ended with a failure. We have eight wars in 20 years. The "peaceful" North Atlantic Alliance - NATO - declares war on someone every two years, and they always find reasons for that.

"Milosevic was a bad guy, Saddam Hussein had chemical weapons, in Somalia, there were pirates and so on and so forth. They create reasons for wars before attacking other countries. I think that the NATO summit in Warsaw and the terrorist attack in Nice were connected to each other. The Nice attack was staged to stir up fascist sentiments among the population to turn the amorphous Europeans, who were accustomed to live in a secure cabinet of curiosities after the fall of the Soviet Union, into mobilized nationalist, fascist, easily to manipulate people. This is the first goal of the attack in Nice.

"The NATO summit says that the war is on the doorstep. They see Putin as their enemy, so 4,000 troops in the east of Europe is only a start. Hitler had occupied Yugoslavia to defend Germany's interests and security. He did not want Comintern forces to win in Greece and Yugoslavia. To protect European values, Hitler further went to Poland, Czechoslovakia, Greece and then to the USSR.

"They are pushing Europe to militarization and new fascism through Islamophobia. I am not calling the Freedom Party of Austria, or the National Front of France or Alternative for Germany fascist organizations. Quite on the contrary, these parties act within the framework of people's democracy. They take effort to protect democracy in Europe, in my opinion."

"But they are seen as radical and nationalist organizations in the West."

"I know Heinz-Christian Strache. The program of the Austrian party very much correlates with leftist programs. They want social justice and the protection of national identity. They are not opposed against different blood. However, there are other parties in Europe, like Jobbik of Hungary. The latter wanted the Parliament of Hungary to clearly designate who is Jewish and who is not.

"The issue of Jews is not a popular subject nowadays. Today, it's the question of who is Muslim and who is not. Therefore, the National Front, Alternative for Germany, the Free Austrian Party and the Italian League of the North are all parties of national dignity. They are against European bureaucracy. They criticize migrants, but they are not fascist parties. They are not allowed to come to power, which raises questions about the credibility of democratic institutes.