The most recent meeting of the Russia-NATO Council in Brussels was the third since the beginning of the Ukrainian crisis and the aggravation of NATO's relations with Russia. British officials called the meeting a one-time action. The Baltic States and Poland supported the UK. 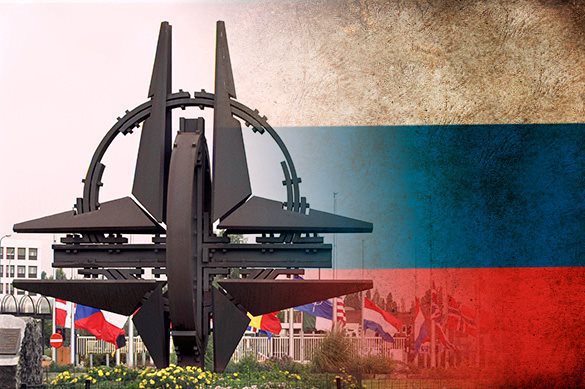 However, a senior source in German diplomatic circles told the Izvestia newspaper that Germany and several other members of the alliance believe that NATO-Russia Council remains a necessary mechanism to resolve many crises and relieve tensions between the parties. German officials believe that the council should resume its work on a permanent basis.

NATO Secretary General Jens Stoltenberg admitted that the decisions that were taken at the Warsaw summit of the alliance were directed against Russia.

Pravda.Ru asked an expert opinion about the outcome of the meeting from Doctor of Political Sciences, leading expert of the Center for Military-Political Studies at the Moscow State Institute for Foreign Relations, Mikhail Alexandrov.

According to our expert, the meeting of the Russia-NATO Council has returned zero results.

"The talks have resulted in the fact that the parties have set out their positions, but no one has convinced anyone of anything, and they will not be able to do it in the future. I believe that after the decision of the NATO Summit in Warsaw, Russia needs to terminate the fundamental NATO-Russia act, because the summit has taken a formal decision to violate it. Russia is already regarded as an enemy. NATO is deploying troops near Russia already: four battalions have been deployed near the Russian border.

"The act is nothing but a fig leaf that camouflages NATO's aggressive policy. They stated that NATO would restrain Russia and conduct dialogue with her at the same time. When they conduct a dialogue, they simply set forth their requirements and say that Russia must meet them, that's all.

"Such moves disorient the general public and give a reason to pro-Western circles to say that NATO offers Russia a dialogue. This is a typical technology of Western liberals. They want us to engage in endless discussions about our own capitulation. Let's cut to the chase: NATO sees Russia as an enemy and deploys troops to put military and political pressure on us.

"Terminating the act does not mean that Russia should pull out both from the dialogue and the NATO-Russia Council. Russia could officially denounce the agreement and at the same time maintain the negotiations, demanding specific concessions from NATO.

"Russia is making a correct move to deploy additional forces in western regions of the country. One should send even more troops there from Central Russia, to build new divisions and military infrastructure in Western Russia. Otherwise, we may experience the situation from 1941, when the Germans were near Moscow and the USSR was redeploying troops from the Far East.

"Therefore, I believe that Russia needs to pull out from the treaty on intermediate and shorter-range missiles, because these missiles are of paramount importance for non-nuclear deterrence. In other words, non-nuclear missiles can instantly strike NATO objects. Among other things, we need to pull out from the moratorium that bans nuclear tests to show NATO that our nuclear weapons are effective.

"During the Cold War, NATO was afraid of the USSR, because there were Soviet troops in Eastern Europe. We had an advantage in the field of conventional arms. The only thing that they could save them was nuclear weapons. Therefore, their doctrine said that NATO would use nuclear weapons first.

"The current situation is completely different. Gorbachev was saying that the USSR had no enemies, he was propagating the new political thinking. It gripped the masses all over the world. Now we are reaping the fruits of that reckless policy. Thank God, we still have our nuclear weapons that we can use for a flexible response: at first, the use of tactical, then tactical nuclear weapons, and then strategic nuclear weapons, if needed.

"NATO also takes measures of trust because the alliance cannot hide the movement of its troops. I personally do not trust NATO at all, and I think that our leaders do not trust them either. Why sign any documents? Again, the Treaty on Open Skies is beneficial only to NATO, because it gives them an opportunity to see the movement of our troops."