If Russia places its arms near USA, there will be no WWIII

First deputy chairman of Defense and Security Committee of Russia's Federation Council,  Franz Klintsevich, spoke about NATO's plans to strike a preventive blow on Russia's strategic targets. According to the official, US missile defenses serve both as the "smoke screen" and a platform for placing offensive missiles. 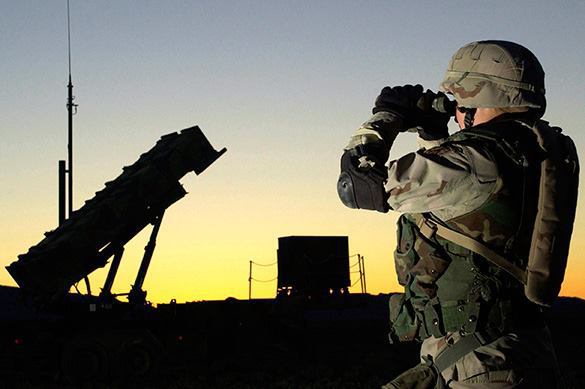 Currently, NATO is working to reconstruct ten Soviet military bases in the Baltic States, where offensive missiles are to be deployed in the future. "On each of the bases, up to 500 people can be employed. They have these bases in mind when they talk about the bridgehead, which the United States prepares in connection with the Prompt Global Strike concept," the senator said.

According to the official, the US missile defense system only serves to divert attention. The ABM infrastructure has a dual purpose: in addition to anti-missile arms, it is possible to use Tomahawk missiles at US launches in Europe.

According to Klintsevich, the USA purposefully increases the number of military bases to ensure a momentary powerful blow on Russia. Such an attack "stipulates for 3,500-4,000 launches on Russia's most important facilities, such as command points, communication systems, factories and means of nuclear attack," the senator said.

Can NATO strike a preventive blow on Russia without entailing catastrophic consequences for the aggressor? Pravda.Ru asked this question to the head of the International Center for Geopolitical Analysis, Doctor of Historical Sciences, Colonel-General Leonid Ivashov.

Also read: USA provokes war between Russia and Europe
"On January 18, 2003, President George W. Bush signed the Prompt Global Strike directive. This strategy is a mandatory tool for the entire US establishment. There were electronic drills conducted and targets were determined. They wanted to find out what they would have to attack in the first place - Russia's strategic nuclear forces or command posts. This is real preparation for war," Leonid Ivashov said.

He also noted that the US national security strategy from February 2015, adopted and approved by the Congress, was, in fact, "the directive of war and prompt global strike."

Also read: Russia must keep America at gunpoint
"Specific actions to build up troops, deploy new forces and strengthen anti-missile defense systems, especially sea-based missile defenses, demonstrates that the Americans have been working on a strike that would disarm Russia. The ever-growing military spending, large-scale military exercises - these are serious measures, to which Russia must respond. Russia should take counter measures not only against European countries that let Americans deploy elements of their missile defense forces on their territory, but also against the Americans themselves. The USA is standing behind all this. They fear Russia may strike the American territory, so they move their weapons closer to Russia's borders, averting the strike to Poland, Romania and other countries," the expert told Pravda.Ru.

Leonid Ivashov also paid attention to the fact that the USA works on a lightning-fast, high-precision, non-nuclear strike. A large nuclear war can not happen. "No one needs a large-scale nuclear war, but the Prompt Global Strike could be a surgical instrument that could be used against Russia."

As a countermeasure, Leonid Ivashov suggests placing Russia's forces near the United States. The 1962 Cuban Missile Crisis, he added, damped the USA's ardor about the plans to destroy the Soviet Union.

"Russia needs to be ready to respond to the pre-emptive strike and be able to strike a retaliatory blow on the territory of the United States. Therefore, Russia should deploy its forces not only to counter European states, such as Poland, the Baltic States and Romania that act as small cogs in the machine of the American strategy. Instead, Russia should deploy its attack forces within the reach of the United States. In this case, there will be no war," Leonid Ivashov concluded.