Brexit to save Europe from a catastrophe

The British citizens will have to say at the referendum whether they want to remain being a province of a German-dominated union, a conservative academic Rodney Atkinson, who is famous for his euroscepticism, stated. He explained in an interview to Deliberation that Great Britain is deprived of possibility to influence European affairs, as "we are constantly in minority". 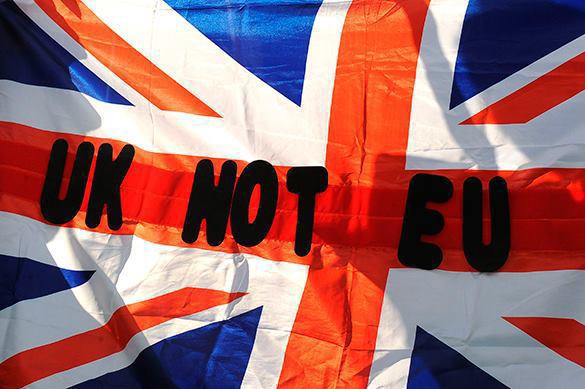 Commenting on Washington's call to stay in the EU, Atkinson claimed that it's "a gross hypocrisy on Obama's part, whose country won't even submit itself to the jurisdiction of the International Criminal Court (ICC) to demand that Britain should continue to surrender its own democratic self-government".

"Of course, Obama has only got a few months left in the White House, and his successor would not be so stupid as to pursue this aggressive anti-British line. It looks likely that it will be Trump and Trump is openly pro-Brexit. Trump is an entrepreneurial capitalist rather than a corporatist capitalist. He sees the dangers of American aggression in Europe and against Russia and he sees the dangers of the corporatist system, which traditionally has dominated the EU political economy," the British politician believes.

What about Hillary Clinton, Atkinson believes she will support "good-neighborly relations" with the EU.

The British politician accused Germany and Sweden of the migrants influx into Europe, as namely their policy provoked the problem. "The extraordinary arrogance of German chancellor Angela Merkel was to invite them to come and now demand that they be spread around the European Union into those countries that did not invite them," he said.

"It was fundamentally undemocratic from the very start, because the whole structure was established through signing of treaties that essentially brought changes to the national constitutions of member states," Atkinson believes.

According to him, the EU is moving towards a collapse. "A democratic system of free trading, cooperating nation states" may be an alternative.

"We are already seeing the fall of traditional center left and center right parties in virtually all member nations of the EU and the emergence of some extreme parties. The best prospect for Europe and European nations is that the United Kingdom leaves and shows what can be done as a self-governing, free-trading sovereign nation," Rodney Atkinson concluded.