Europe still haunted by ghosts of the past

The EU is now experiencing dark times of its history. The polarization of the European society, economic problems and the migration crisis - all these problems make many Europeans feel pessimistic. Populism and fascism develop and prosper against such a background. Will the EU evolve into separated dictatorships? 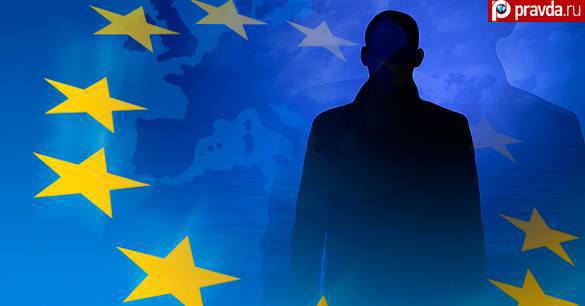 Europe is very fond of all sorts of ghosts and phantoms. The Europeans cherish them and are always happy to show them to tourists. Ghosts reciprocate and sometimes go wander and remind  "old Europe" of its difficult past. However, their appearance on the streets of European cities means trouble.

Today, many have forgotten Marx's famous "A specter is haunting Europe, the specter of communism." The appearance of this specter in 1848 heralded revolutionary storms and wars that then shook the continent for a century.

They tried to get rid of the ghost of communism with the help of a much more terrible phenomenon - Nazism. It was only after the Second World War, when the Europeans managed to lock the two phantoms in a dungeon by bringing to life the light ghost of Charlemagne - the founder of the "united Europe." During the postwar era, he had helped the Europeans gather together in a union of 28 states.

However, the union looks like a fairy-tale, mythical chimera. It has absorbed virtually everything that could be absorbed and wants more.

The chimerical nature of the EU manifests itself in the consent of the Catholics of Southern Europe to same-sex marriage, as well as in the efforts to hang the powder keg of the Balkan Peninsula on Europe's neck and ask Turkey and Ukraine to join the EU. We can see the European Union kissing up to Turkey's Erdogan, giving way to the multimillion wave of refugees and cutting access to Russian resources and markets.

The foolish European chimera has awoken the old ghost of Nazism. Nazism is an ugly cross between nationalism and socialism, and we can see it walking in the streets of many European cities already. Communism is not showing yet, but its forerunner - mass social discontent - has been gathering pace in Greece and France, to say the least. In Europe, terrorism has become commonplace.

Also read: Why are Russia and USA enemies?
As a result, fear, resentment, insecurity and instability are the factors that determine the situation in Europe, and it is impossible to ignore this chimera anymore.

A recent report from the European Central Bank has pointed out not only the growth of political risks inside the EU, but also a possibility of their negative impact on the financial and economic stability. In  nutshell, it means that socio-political tensions are so strong they can make European governments change their courses.

When millions of people protest against a government policy, one may either take their opinions into consideration or ignore them. The first option stipulates for the policy of repression and violent suppression of unrest. We have seen this in Greece and we can see it in today's France.

The second option gives rise to populism - the bogeyman that the EU chimera dreads most. It is no coincidence that the above-mentioned ECB report said that populism was a major threat to the future of the EU and the euro area.

Why is Europe so afraid of populism? First of all, populism makes it clear that all of the previously conducted policy was irresponsible. If European leaders had tried to think some 10-20-25 years ago about their actions to indulge the aspiration of the EU chimera to unlimited expansion, destroy stability in the Middle East and carefully avoid the establishment of real strategic partnership with Russia - it would have been possible to avoid a collision with today's reality.

Populism is a reaction to events that excludes initiative and strategic vision. It pushes governments to continue running irresponsible policies in the future, thus setting the stage for further destabilization, and ultimately for dictatorship.

The state of affairs in Greece was brought to a critical level, but the EU and the IMF had enough resources to cool passions. Will there be enough money to avoid a social explosion somewhere else (in France, the Baltic States, the Balkans, the Pyrenees)?

The ghost of populism appears only when the society is split. This is exactly what we have been able to see in the European Union lately. Britain tends to exit the EU, France rebels against the labor legislation, refugees inundate Germany and Austria and so on and so forth. All this comes together with the growth of regional separatism, endless problems of Eastern Europe, differences over relations with Russia and the American project of the Transatlantic Partnership. Europe lives in fear of real terrorism, the mystical "Russian threat," unemployment and the expansion of Islam ...

It turns out that Europeans still have the same problems that they had centuries ago: ideas of ​​independence of Scotland and Catalonia, mutual resentment between the peoples of Eastern and South-Eastern Europe, Germany's claims to EU governance and the protests against the dictates of Berlin, Turkey's European aspirations, contradictions between Germany, France and Britain, etc, etc.

Europe is inhabited by ghosts that have come out of the blue to torment "old Europe." Will it end soon?