Will India and Vietnam join USA's efforts to weaken BRICS?

The US views Russia and China as its prime enemies. To struggle against Russia and China, the Americans try to win India, Vietnam and other countries over to their side. Can the US break or at least weaken the BRICS? Pravda.Ru conducted an interview on the subject with Professor of the Department of Oriental Studies at MGIMO Sergey Lunev and Chief Scientific Officer at the Institute of World Economy and International Relations, Alexander Salitsky. 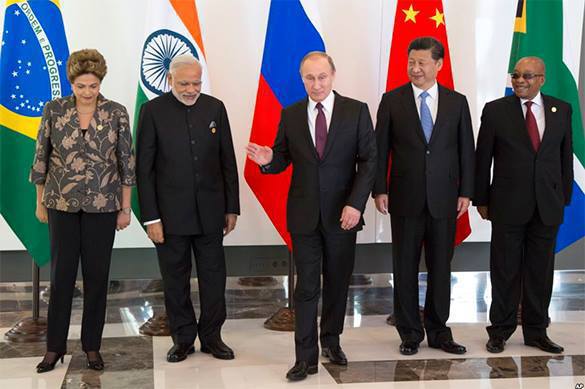 "Recently, US lawmakers have approved the defense bill, according to which India has acquired the status of a NATO ally. Moreover, similarly to the practice with Israel, the USA undertakes to defend India regardless of the wish of the president. Why has Nareandra Modi decided to violate the status of non-alignment?"

Sergey Lunev: "Because he has not violated the status of non-alignment. The media hype about India becoming a military partner of the United States is biased and unfounded. India has been making steps towards both the USA and Russia, but I do not see any violation of India's status here. Plus, India develops ties wit China."

Alexander Salitsky: "We should not make hasty statements, because the Indian foreign policy stipulates for conditions to limit the pro-bloc strategy. For the time being, nothing is clear yet."

US and Vietnam against China

"US President Barack Obama stated during his visit to Vietnam that the US government decided to lift the embargo on the supplies of lethal weapons to Vietnam. Are Chinese communists not dangerous for Washington anymore?"

SL: "They did not seem particularly dangerous in recent years. The psychological perception of Vietnam in the United States has played its role here. After all, the Americans were defeated in the Vietnam War. America's main competitor is China, and Vietnam does not want China to grow stronger. This is where Vietnam and the USA can cooperate. At the same time, India and Vietnam develop active cooperation with Russia as well, and this cooperation is much deeper than the cooperation with the USA."

Attack on the BRICS

"Is the USA trying to weaken the BRICS? Brazil has tried to impeach President Dilma Rousseff under the conditions of doubtful legitimacy. In South Africa, unrest is brewing against Jacob Zuma. Vietnam and India become America's partners."

"BRICS is, of ​​course, a thorn in the side for the entire West. This association unites all major non-Western countries. They are dissatisfied with the monopoly position of the West in the world's political and especially economic system. Therefore, the United States plans to take measures to limit the capacity of the BRICS. The strategic triangle of Russia-India-China is most important inside the BRICS. The three countries share common goals and objectives on global issues.

AS: "The BRICS and other collective formats created by the countries of the Shanghai Cooperation Organization are to a large extent focused on dealing with regional issues together, but at the same time independently. The point of the SCO is to contain the influence of the unipolar world."

"What conclusions should Russia make?"

SL: "Russia has been wary about the development of the US military and political ties with India and Vietnam. They are very important partners for Russia. Yet, despite all pessimistic estimates, India remains the main buyer of Russian weapons. However, Russia's share in arms sales to India may decrease if the US removes all barriers for the procurement of weapons.

"The same is with Vietnam. This month, the Vietnamese ambassador to Russia suggested Russia should go back to Cam Ranh. Russia uses Cam Ranh as a filling station for warships and bombers. The Americans wanted Vietnam to close the base last year, but the Vietnamese refused to do it.

"America's military, political and economic cooperation with the countries of the Asian-Pacific region will continue to develop. However, it does not mean that these countries will become USA's full-fledged partners. Russia should simply continue working with India, Vietnam and other countries."

AS: "Russia has already become a counterweight to the unipolar world and the domination of the United States. America shamelessly interferes in internal affairs of sovereign states, and the later find Russia's anti-American posture appealing."