The mail from the Senator Richard Black

Browsing on the internet I happen to run into strange documents, letters for example, the meaning of which is perplexing. Reading them, one wonders if they are really just what they look like or whether they are instead something different, deeper and more subtle. On the other hand it is easy to get lost chasing shadows and, as you know, the Internet is full of them. 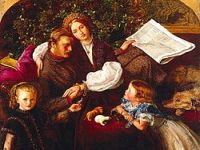 The letter that interests me (or the shade if you prefer ...) dates back to April of this year and it was written by Richard Black, Republican Senator from Virginia. Just its appearance caused a stir but what remains of it now that some months passed away? Easy answer: nothing. Nothing at all. I'm tempted to add a smiley  but the topic is serious and it does not seem appropriate to do so.

In April, Senator Black wrote his personal thank you letter to Syrian President al-Assad for the way he handled the seizure and subsequent release of the thirteen Christian nuns in Yabroud, previously held captive by those terrorists that for three years spread bloodshed in Syria. The Senator from Virginia appreciated the defense of religious minorities in Syria and the way in which the government in Damascus conducted military operations against foreign invaders. He called war criminals groups like Al-Nusra and ISIL and expressed concern that powerful and sophisticated weapons might fall into their hands, already with plenty of blood on.

He thanked the Syrian Arab Army for the extraordinary gallantry demonstrated in fighting against terrorists. He paid homage to the figure of Hafez al-Assad, father of the current President, as the one who started the policy of respect for the Jewish and Christian minorities in Syria. And he declared he did not understand why so many Americans, that in the past have suffered at the hands of Al-Qaeda, now support the Islamic fundamentalists against the secular government that fights them.

Well ... I admit it: this is the weakest part of the letter but it has a meaning that dates back to September 11 and the manner in which these events took place.

I hope I have not misunderstood anything and then let's say that the letter was written from the heart. Let's just say it might even indicate a certain embarrassment, if not discontent, not only in who wrote it, but also in a part of the American political class. In any case, it was widely mocked by many people, including the same party colleagues of Richard Black.

So, Senator Black, a veteran of the war in Vietnam with 269 air missions to his credit and well known for his very strict positions about abortion and homosexuality, is teased cheerfully. For the colleague Bill Stanley, the poor senator Black wrote to al-Assad because Kim Jong Un did not respond to his text messages.

Contouring Senator Stanley! The next time you throw a party, invite him for sure!

Seriously, the most interesting part of the letter is the interview that Black has given shortly after to a Turkish newspaper to clarify his point of view.

In it, the senator reiterated his thanks to the government in Damascus for his chivalry and concern that the American government supports in Syria his enemy al-Qaeda. So far nothing new, but Black says other things.

Failure to attack Syria was due to a combination of factors including, apparently, even lobbying by Richard Black. It will not have been the decisive factor but it sure helped. On the contrary: the senator speaks in the plural, and perhaps intended to indicate just a group that opposed the war, at a time when everything seemed already decided in favor. Not only that, Senator Black clearly states that there is a dichotomy in the American foreign policy and identifies Senator McCain, also a Republican, as one of the causes.

For Richard Black, Senator McCain is a lover of war that seeks to exploit every possible source of tension to trigger American intervention. And above all, he moves on rails alternative to the official ones, as indeed it has been noted several times in recent times, in Syria and in Ukraine.
Perhaps Senator McCain in his heart believes himself to be a young Theodore Roosevelt and sees President Obama as the old Wilson. But someone should remind McCain that the price of  Theodore Roosevelt's activism were the American casualties in the First World War, deaths that could have been avoided without the intervention of the United States.

The price of McCain's activism could now be a nuclear war with Russia. Because, in the end, everything revolves around Russia and the conviction that it should be submissive and dismembered. The United States is still willing to get to Moscow through a convoluted path that touches Damascus, Tehran, Belgrade, Kiev and so on.

However hard Senator McCain tries, he will never change the Vietnam defeat into a victory. It's sad that he was taken prisoner in his youth, and you can imagine the sufferings he felt but it is not right that people with an ancient history are now tortured by the illusion of revenge by a few mediocre men, and others who have in the dollar their only God.

The current American foreign policy is therefore two-headed. There are two camps, one in favor of a blatant imperial policy and the other not, fronts not attributable directly and simplistically, one to the Republican Party, and the other to the Democratic Party.

These fronts are opposite and transverse because compounded, in a variable and probably changing way, of belonging to both political parties. It is as if there was a wagon that threatens to run down a slope: some men try to stop its run or at least adjust it but there are others who will bend over backwards to accelerate it, regardless of the results. Every now and then a member of the first group moves to the second and sometimes one of the second group wised up and joins the first. The carriage may overturn loudly at the end of the slope or even earlier, but given the situation it is indifferent.

In this simile, it means the transformation of the United States government in an overt imperial regime. With all the consequences that this transformation would entail.

I often hear people say that the American empire is in decline and is about to collapse. The term empire here is used to indicate a government which is generally arrogant and unwilling to consider the reasons of its citizens or of other peoples. But I think that's the American model of oligarchic democracy in crisis: the Empire has yet to be born. Just as soon, you hear its cries. A historical precedent? The Crisis of the Roman Republic, which was an oligarchic structure with representatives voted by a constituency-based corp, the assassination of Caesar as a desperate and unsuccessful attempt to save the Republic, the killing of the conspirators and the immediate civil wars.

Whatever the United States government is now, it is still preferable to that which fits with the worst case scenario, even at the expense of American citizens only. Not only economic reasons will determine the future development but also the way in which the confrontation with Russia will be placed, especially in the case of an evident Russian victory. The next President will be crucial for understanding the evolution of things.

For the rest ... thank you for your heartfelt words Senator Black. We have appreciated them.