Who will clean Obama's mess in the Middle East? All eyes turn to Russia

Against the background of Russia's successful politics in the Middle East, the Obama administration has managed to ruin relations with all regional players. Arabs, Turks, Israelis want to deal with Barack Obama no more. The relations with Iran leave much to be desired as well. All this opens up many opportunities for Moscow. 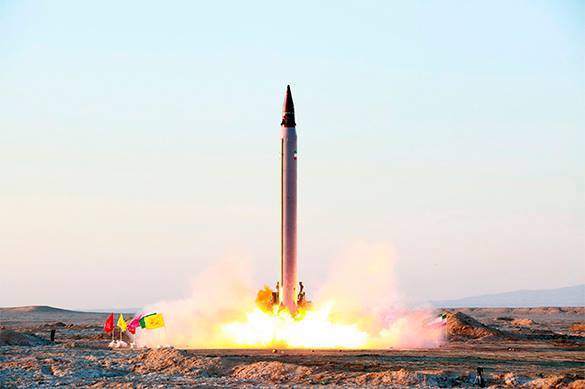 Russia has returned to the Middle East. Russia's effective military, political and diplomatic strategy has made Russia a leading player in the region. Mideastern leaders come to Moscow one after another. As a result, it is already hard to imagine that the countries of the Middle East can make decisions without Russia's participation or without taking its interests into account.

The results of the US policy in the Middle East look pale and vague, to say the least. It appears that outgoing President Obama intends to ruin relations with everyone, demonstrating his indecision, inconsistency and outright weakness - the qualities that one must not exercise in the region to anyone.

It seems that the essence of Obama's strategy in the Middle East is to evade responsibility as much as possible. According to recent publications in The Atlantic, in Libya, the US president was disappointed in European leaders, who, according to his version, did not want to play a more active role.

Commenting on Saudi Arabia's fears about Iran (the country has recently tested ballistic missiles), Obama recommended Riyadh should find an acceptable formula of "cold peace" with Tehran. Prior to that, Obama had made very vague promises to Arab countries of the region not to leave them in the lurch. Noteworthy, the Gulf States were bending over backwards to take part in all of Washington's militarist undertakings, since the first war against Saddam Hussein.

Turkey's Recep Erdogan became a disappointment for Obama as well. The US administration was concerned about Erdogan's actions against the Kurds. Yet, it is hard to imagine that Ankara can do something without consulting NATO first, including the attack on the Russian bomber plane. Otherwise, what kind of a military bloc NATO is if its members can shoot whomever they want?

Mr. Obama and his free-riders

Obama called all these US allies (Europeans, Arabs, Turks) "free-riders" who want to have the USA involved in their local conflicts without worrying whether the US is interested to join in or not.

The Saudis got very offended. The kingdom's former ambassador to the US, Prince Turki Al Faisal, one of the closest Saudi politicians to Washington, wrote an open letter to Obama, angrily protesting against the attacks from the White House.

Israeli Prime Minister Netanyahu canceled his visit to the United States last week without even notifying the White House of the decision. The news came to Washington from newspapers. This is not the first time when Netanyahu demonstrated his utter contempt for Obama as a reaction to the "nuclear deal" with Iran that the USA concluded behind Israel's back.

Having launched the process of lifting sanctions from the Islamic Republic, the Americans came across Iranian missiles.

The White House can not clearly explain its attitude to Iran's recent tests of 2,000 km range ballistic missiles. The affected area of the missiles includes the Gulf countries and Israel. To ignore the tests and continue working with Tehran is impossible, as it would demolish a pillar of the US strategy - missile defense. Launching another era of sanctions against Iran is silly as it would bring Obama's entire Iranian policy to zero, from the onset.

In a nutshell, it appears that the United States is at an impasse in the Middle East at an impasse, and this situation will continue for at least another year. Can Russia take advantage of the situation?

Russia's return to the Middle East was quick and swift. Russia did not have to be in a conflict with the United States to do that. Russia is taking the vacuum of influence that the Americans leave behind. Obama himself has repeatedly stated that the USA does not compete with Russia in the region.

However, it was Obama's task to take the United States out of the seething pot. This is what Obama did. Who will have to clean the mess after the Americans?

All eyes turned to Russia. This is very flattering, but we need to very clearly understand what risks Russia is running here. Most importantly, Russia will not be able to make it alone.

Firstly, Russia will come across the "American legacy": failing states that mutate towards federalization (Syria, Iraq, Libya, Yemen), the growth of Iranian-Arab conflicts and rampant terrorism.

Secondly, long-standing and ever-lasting conflicts will come to the foreground as well: Palestine, Western Sahara, the Golan Heights, Kurdistan.

Thirdly, new problems will emerge, such as the division of the Mediterranean shelf, the use of the waters of the Nile, the Tigris and the Euphrates, the ongoing population explosion in Arab countries, the instability of economic development due to low oil prices, etc.

One shall assume that Russia will be made responsible for handling all these problems. Will Russia be able to cope with it?