US President Barack Obama may put up the question of establishing the tribunal for war crimes in Syria at the UN. 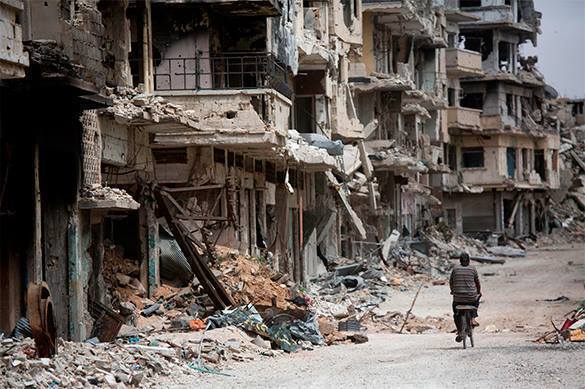 The extraordinary tribunal is said to punish Russia and its allies for bombing civilians in Syria. Congressman from New Jersey, Republican Christopher Smith, submitted the draft of the adequate joint resolution from US Congress, even though the US has no evidence to prove that the Russian Air Force in Syria is bombing civilians, Lifenews said Wednesday.

Russian political scientists said that it was yet another attempt of the United States of America to put pressure on Russia against the backdrop of Russia's successful offensive (with the support of the Syrian army) against the Islamic State terrorist group (the organization is banned in Russia).

According to Smith's document, the vast majority of civilians were killed by the Syrian government and its allies, particularly Russia, Iran and Hezbollah. The US thus accuses Russia of bombing civilian targets, including hospitals, schools and markets in Syria.

The congressman claims that Russia continues military operations in Syria in violation of the UN Security Council resolution from 18 December 2015, in accordance with which all parties to the conflict should immediately cease all attacks against civilians and civilian objects.

The document from US Congress also calls upon other countries to report war crimes, detain criminals accused of genocide in Syria and deliver them to the new "Tribunal for Syria."

Political analyst Alexander Shatilov believes that the probability to set up the "Syrian tribunal" is very small.

The West wants to dismember Russia for transnational corporations

"This tribunal will not be established, as it requires a certain consensus from UN members. Russia, as a permanent member of the UN Security Council, will block the idea, using the right of veto. Should the tribunal be created without the consent of Russia, it will work on the principle of the tribunal for the former Yugoslavia that was judging only the Serbs, turning a blind eye to the crimes committed by Croats and Bosnians, thus playing the role of an oppressive instrument in the hands of the United States," the scientist said.

The head of the Department of Comparative Politics at People's Friendship University of Russia, Yuri Pochta, believes that the draft joint resolution of US Congress was a part of the long-term policy of the West against Russia.

"Here we are dealing with a long-standing conflict that is not limited to Russia's actions in Syria only. A variety of countries and international organizations have been trying to restrict Russia's claims to foreign policy and geopolitical interests in both neighboring regions and in the world. We can see it in the desire to deprive Russia of the right of veto in the UN Security Council, to restrict Russia's powers within UNESCO, to introduce more sanctions against Russia and so on and so forth. Western officials have repeatedly stated that Russia's natural wealth should belong to the whole world, not just to one country. The perfect plan of the West is to dismember Russia, bring transnational corporations to the Russian territory and plunder its natural wealth," the expert said.

Russia launched the anti-terrorist operation in Syria on September 30, 2015. The goal of the operation is to support the Syrian army and destroy the infrastructure of the terrorist group. The Russian Air Force has destroyed thousands of ISIL objects, including control centers, warehouses and training grounds.