On March 3, Bulgaria is celebrating a national holiday - the day of liberation from the Ottoman yoke. This year, Bulgaria invited a very unexpected guest for the holiday - Turkish President Recep Tayyip Erdogan, The Bulgarian Times reports. 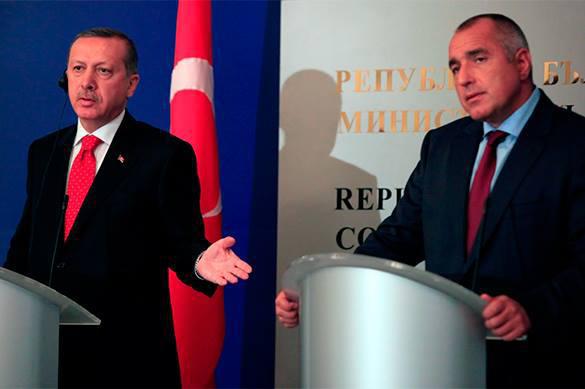 Bulgaria was a part of the Ottoman Empire from 1396 to 1878. As a result of Russia's victory in the Russian-Turkish war of 1877-1878, the Treaty of San Stefano was signed between Russia and the Ottoman Empire. Bulgaria became an independent state.

The day is a nation-wide holiday in Bulgaria that is widely celebrated in the country. However, Bulgaria has not invited Russian officials for the holiday during the recent years. The move triggered vivid discussions in the Bulgarian society.

The Bulgarian authorities explained their decision by the fact that Sofia maintains closer political ties with its former oppressors (Turkey), rather than with Russia. The basic argument is as follows: there was a lot more Turkish, but not Russian blood shed in Bulgaria.

Moreover, Bulgarian reformers claim that the liberation of Bulgaria is a controversial issue for the Bulgarian history. According to them, after the "Russian invasion" in 1878, Bulgaria saw harder times.

The former head of the organization of the Turkish minority in Bulgaria, "Movement for Rights and Freedoms" Lutfi Mestan (who was dismissed from his post for supporting the shoot-down of the Russian Su-24 by Turkey), stated that the times of the Ottoman Empire were the best times that the Bulgarians have ever seen.

As a result of this decision, London-based Bulgarians decided to celebrate the liberation of their country in front of the Russian embassy.

We can only wait and see how the Bulgarian administration welcomes Turkish President Erdogan for the celebrations of Bulgaria's independence. Will it be a humiliation for all the Bulgarians?

On February 19, 126s Bulgarian MPs supported the proposal from several parties to set up a temporary commission to study the facts and circumstances related to the allegations of Russia's and Turkey's interference in Bulgaria's internal politics. Nineteen MPs voted against it and 13 abstained.

According to Russian Foreign Ministry spokesperson Maria Zakharova, the name of the commission is absurd per se. History does know examples of "Russia's interference" in Bulgaria's internal affairs, when Russian soldiers came to the country to defend it against fascism and liberate their brothers from this evil. To crown it all, those who initiated the campaign are doing it on the eve of the 138th anniversary of Bulgaria's liberation from the Ottoman yoke.

This year, Bulgaria's Defense Ministry announced the development of a national strategy to counter the hybrid model of warfare, including against Russia.

Noteworthy, the Bulgarian Foreign Ministry supports EU's sanctions against Russia, calling them "the only tool that Europe has to contain the "Russian aggression." To crown it all, Bulgarian Foreign Minister Daniel Mitov declared Russia and the Islamic State terrorist group the main threats to the interests of the European Union.

Meanwhile, Bulgaria has seen a number of demonstrations against the political course of the government. The country is dying, while corrupt officials prefer to look for an external enemy in the face of Russia, organizers of the protests say. Almost 700,000 Bulgarian residents want to hold a referendum to change the current political system of the country.