USA's imperialist policy does not reflect the views of common Americans

A petition has appeared on the website of the US White House to recognize US sitting President, Nobel Peace Prize winner Barack Obama, a war criminal. 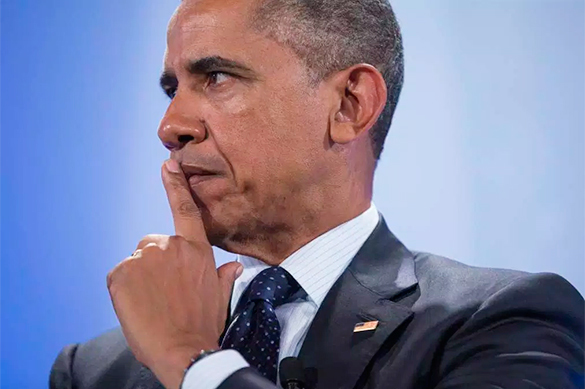 The petition says that Obama is guilty not only of crimes against common Americans, but also against the whole world. "One of the most dreadful prisons in history - Guantanamo - continues to function. Libya was destroyed as a result of Obama's aggression. In Syria, Obama's agents train, fund and organize terrorist groups, deceitfully naming them 'moderate opposition,' who, among other things, bear a relation to Al-Qaeda, implicated in crimes against the American people," the petition runs.

The American president is also accused of violating Americans' right for privacy. The accusation appears as a consequence of the scandal about tapped telephones and NSA's access to private correspondence.

The authors of the petition believe that President Barack Obama should be brought before the International Criminal Court in The Hague for these crimes.

The petition needs to collect at least 100,000 votes in a month, until 9 March, to gain legal force. By February 11, the petition had received nearly 7,000 signatures.

Demanding a criminal trial for Obama is perhaps the most extreme form of responsibility that common Americans want their president to carry. There were several impeachment petitions made too (for example, http://www.teaparty.org/impeach-obama-petition/ or http://www.pledgetoimpeach.com/).

Of course, these could be the moves made by Obama's political opponents. They still remember the brutal murder of the US ambassador in Libya.

It goes without saying that no one is going to start the impeachment process a few months before the elections. However, the petition is another fact to reflect the current attitude to President Obama in the United States. He was adored in 2008 and is now despised.

For example, in the summer of 2014, the Quinnipiac University conducted a study to find out the name of the worst US president since 1945. Thirty-three percent of respondents voted for Obama; 28 voted for his predecessor, George W. Bush.

The head of Eurasia Group, expert in the field of political risks, Ian Bremmer, said in February 2015 that Barack Obama's approval rating was the lowest in the recent five decades.

"This is a very positive phenomenon. It evidences that the aggressive and anti-human, predatory, imperialist policy of the United States is not an expression of the views of its people. This is a policy that US elites enforce. In fact, I would attribute the current regime in the United States to a military and police dictatorship," publicist Ilya Belous told Pravda.Ru.

According to him, Barack Obama is directly involved in committing several war crimes. They include the Guantanamo Bay prison, violent events of the Arab Spring in the Middle East and North Africa and the crisis in Ukraine.

However, Ilya Belous believes that the policy of the United States will not change when Obama leaves the White House.

"The policy of global domination, the policy of weakening other countries, the policy of creating controlled chaos outside the United States - it was not Obama, who designed all this. This policy will continue, regardless of who is going to be in the White House next," Ilya Belous said.