There can be no doubt that in 2012, the foreign policy of the United States of America is no longer based upon diplomacy, but rather, skulduggery, bullying, blackmail, belligerence, interference, supporting terrorists and breaching every norm in the book of international law.... a demonic list which forms the political epitaph of Hillary Clinton. 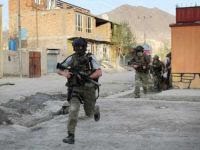 The United States of America has joined its FUKUS Axis partners France and the UK (together with wannabe Ottoman imperialist Turkey and the Gulf Cooperation Council) in recognising the Syrian opposition as the only "legitimate representative" of the Syrian people.

For a start, how about asking the Syrian people? Secondly, the representative of the Syrian people under international law is the Syrian Government led by His Excellency President Bashar al-Assad. Thirdly who is the President of the United States of America to announce what is, or is not, the legitimate representative of a sovereign nation? Fourthly, why is the United States of America joining its FUKUS Axis allies in recognising terrorists?

Terrorists? Yes, you know, like the LIFG, supported by the UK government in Libya while still on the proscribed list of the Foreign and Commonwealth office as pointed out in this column at the time, and as sent as documentary evidence to the FCO itself with the question why, if the Foreign Secretary William Jefferson Hague was aware that the LIFG was on the FCO's own proscribed list, and supporting this group knowingly, was he not summarily arrested for breaking his own, and British, law?

The answer, predictably, was an extremely weak, red-faced rhetorical question for an answer, starting, "How about....?" and a stupid question attached.

The list can go on and on and on as indeed it did in Libya, a country destroyed and thrown back into a quagmire of sectarian violence which is due to last for decades, and destabilise North Africa. The bottom line is, in a word, interference, not diplomacy and the philosophy is not one of claiming the moral high ground - that bullshit was exposed when NATO started lying to the Warsaw Pact - but rather, implementing the policies of the lobbies which control the NATO member states.

The conclusion is that the United States of America is not a respectable member of the international community. The USA and its poodle states are cowardly pariahs acting in a pack for security and attacking sovereign nations imposing democracy from 30,000 feet and implementing it using terrorists.

Like all playground bullies, they think they can dish it out but when it comes back and smashes them square in the face, they run sobbing like the snivelling cowards they are. The moral high ground in this way totally taken away from them, no longer can they complain about terrorists or terrorism when they themselves are part of the problem and not the solution.

It becomes ever clearer that a New World Order is being formed around the cornerstone of BRIC (Brazil, Russia, India, China) and like-minded nations which favour debate, discussion and dialogue as their modus operandi.

What a disgusting comment on the likes of Obama, Hague, Cameron, Clinton, their revolting Napoleonic friends and the sickening cowards which implement their policies.