Colombia: A Star of Peace shines

The peace process in Colombia between the Government and the Revolutionary Armed Forces of Colombia (FARC) proceeds with the aid of Cuba and after many bilateral meetings in Havana. Understanding that there are two sides to every coin, here is the position of Pastor Alape, who highlights the need for peace. 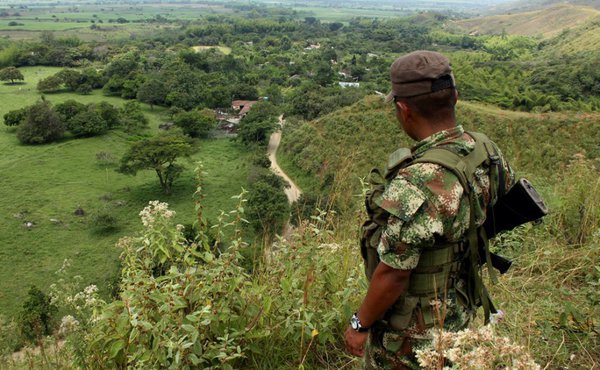 By: Pastor Alape, Member of the National Secretariat of FARC-EP

It started in 2016, the year that will be transcendental and definitive in the history of our country, Colombia. It will be the year that peace is an open path, with certain steps taken yet nothing is easy. There is no doubt that the Final Agreement will be established and then there will begin the long process of its implementation, because we must be clear, the Settlement that we sign is still not peace as such. That moment will only be the beginning of the silencing of war and the hard struggle for the complete dismantling of the paramilitary phenomenon and the fight against the isolated voices, but with immense power, that have prevented the direction of peace. A new era of peace, is brewing in our country.

2015 was intense and laborious

The year 2015 was intense and laborious. The two delegations, government and guerrillas, have developed an intense activity at the discussion table, which often became exhausting. The five-point Agenda was agreed upon between the parties by signing an agreement that focuses its development on meeting the rights of victims to justice, in which the truth about the conflict will be known for all of Colombian society, and reparations will be made; the non-repetition of the situation will determine the guarantees to conquer a peace with stable and lasting social justice.

The last three months have been arduous and hard because of the doubts sown by the government to ignore a whole the Special Jurisdiction for Peace, after September 23, in a solemn act, with the support of the President of Colombia, Juan Manuel Santos and the general commander of FARC-EP, Timoleón Jiménez, and in the presence of Cuban President Raul Castro. Under the lens of the international media cameras, the heads of both delegations for peace, Iván Márquez and Humberto De la Calle, signed the agreement on justice. This is an agreement which, moreover, was presented as a decisive step towards peace in Colombia at the meeting of the United Nations by President Santos.

For all this, on 14 December, when we ended finally and drew up in full the situation of casualties, it showed the accumulated fatigue by the members of the delegations. Although, in fact, the keynote was that of joy. This morning, to find ourselves in the aisles to hand in documents, all at an accelerated pace, we cexchanged glances of approval at what had been reached. Some members of the delegations established greater channels of communication and commented on the need to build quickly and positively, which is what we expect from the Table of Discussions in the current year, 2016.

The Cuban government, with its long experience in these matters, firmly recognized the profusion of emotions that floated at the Convention Palace during the last days of the end of rounds of talks and the schedule ended on the evening of 14 December in honor of the victims, with a vibrant piano concert by maestro Frank Fernández. There were the two delegations, accompanying the representation of victims, along with most of the members of the committee of jurists committee for the historical truth of the conflict, along with a large number of  diplomats from America and Europe, surrounded by Cubans and Colombian residents in Havana.

On the morning of the 15th, after finishing the act of presentation of the Agreement, we exchanged parting words with some government delegation staff whose contract ended, which is why they would not return this year. Amid the expression of feelings that often accompanies this kind of farewell, we speak of emotions emanating from the concert the night before. With Dr. Gonzalo Restrepo we agree that the interpretation of maestro Frank Fernández was a sublime act, and I could see that for both him and me, like the majority of workers, there was a lump in my throat when the maestro, after having said goodbye, went back to sit opposite the piano to play Night of peace, Night of love. His gesture filled the ambience in a true ecstasy for those listening, as if it were a chorus of voices that sprouted from the piano, the beautiful chorus in which the Peace Star shines.

I am convinced that this year the peace star will shine to light the new era that we are building for Colombia.

I have followed the conflict in Colombia for several decades and had the honor to interview Manuel Marulanda (Tiro Fijo) the leader and founder of Fuerzas Armadas Revolucionárias de Colombia - Ejercito del Pueblo, and also Raul Reyes before he was murdered by Fascists in an illegal cross-border raid. FARC has been classified as a terrorist group by the West but in reality what FARC always wanted was a peaceful political process, the end of murderous raids by Fascist paramilitary organizations and by the Colombian Government forces and an implementation of its social policies in Colombia.

The aim was to survive and today we see the ideal and the quest were successful. Now it will be up to the Colombian people to decide for themselves whether they want a continuation of oligarchic Fascist mismanagement and robbery of funds, in which the haves have and the have-nots do not even have the right to have, or else social justice, education and jobs and a future for all Colombians.

I annex my last interviews on my last visit to Colombia with Comandante Raul Reyes, leader of the Southern Bloc of FARC-EP, before his murder in 2008. The interviews are in Portuguese.