Prisoners of War freed by FARC 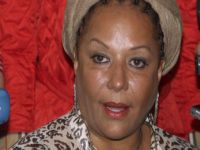 FARC-EP unilaterally freed six prisoners of war in honor of the grievance and intervention of Piedad Cordoba. Brazil participated in the delivery.

The Revolutionary Armed Forces of Colombia - the Army of the People - FARC-EP- released in a week, six prisoners of war who were delivered in various regions of the country to Piedad Cordoba, president of the Colombian Movement for Peace and to representatives of the International Red Cross.

This release, without any preconditions, can be regarded as a clear gesture of good will by this guerrilla movement, showing its political will to pursue a dialogue with a view for the future of the country, to open the floodgates to a fair and lasting peace agreement.

Brazil, once again, directly participated in the liberation of prisoners of war in Colombia, with a team of 22 soldiers and two Army helicopters.

Piedad was unfairly dismissed from her position as Senator by the government. She has fought and is still fighting for a political solution to the conflict. Peace and social justice constitute her main battle flag.

The former Senator has been a victim of state and paramilitary violence in Colombia - she has suffered violence in various ways. In 1999, the senator was kidnapped by paramilitary chief, Carlos Castaño, who only released her thanks to strong international pressure.

Attacks on Piedad are explained by the fact that she challenged the belief that only by military means, with an all out war, will it be possible to end the Colombian conflict. Her humanitarian approach has led to the release of many individuals involved in the conflict.

It has always been the policy of FARC to seek a negotiated, peaceful and political settlement, without the violence.

With both Uribe and Santos, there appears to be two government strategies with regards to the armed conflict. Their favourite has been to insist the guerrillas just give up and demobilise. The second bloodiest one is to savagely kill high-ranking guerrilla commanders.

They hope to defeat the guerrillas militarily from the inside and the outside. They have also mimicked their Yank puppet masters by just declaring the guerillas have been defeated, much like the U.S. went into Iraq and almost immediately declared the war won, even though it still goes on today as a guerilla resistance struggle.

The government obstructs any real possibility for peace since it does not seem to occur to them: Who do you negotiate with if you keep killing the leaders?

Perhaps the government of Colombia will some day see the error of insisting on force and violence. Perhaps when their puppet masters in the U.S.A. keep losing all their strings across the globe, it will finally dawn on them that force, belligerence, blackmail, violence, murder and destruction are not the way, but dialogue, debate and discussion.