The Crimea remains without electricity for more than 18 hours already. Electric power supplies to the Crimea were interrupted as a result of subversive activities, when supports of electric power lines were demolished in the south of Ukraine. Representatives of the Ukrainian energy industry promised to restore electricity supply in the coming days. Russian rescuers say that the crisis with electricity on the peninsula may last longer than expected. 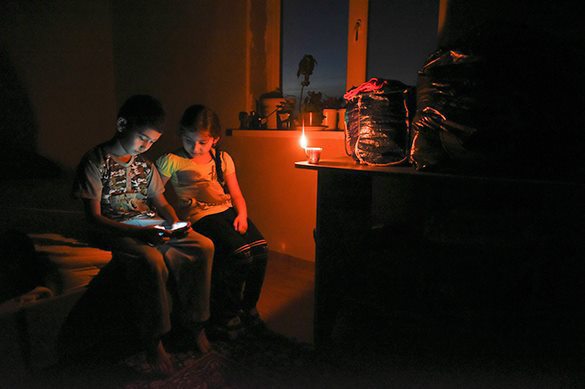 Pravda.Ru asked an expert opinion from the chief of the Energy Development Fund, Andrei Listovsky.

"I do not believe that the crisis will end quickly. The blackout is part of the policy coordinated with the Kiev authorities. A power bridge is currently being built to provide for 400 of 700 missing megawatts. This will satisfy a half of the shortage. The rest will run on diesel generators.

"Ukraine behaves like an incompetent partner when it comes to natural gas and electricity. Most likely, no one will want to deal with Ukraine without additional guarantees," Andrei Listovsky told Pravda.Ru.

Deputy Prime Minister of the Republic of Crimea, Mikhail Sheremet, said that electricity supplies had been resumed to almost all cities of the peninsula. However, due to the shortage of electric power generation, electricity and water supplies to consumers will be interrupted according to a special schedule.

"Rolling blackouts will occur across the peninsula, unfortunately. It will be impossible to avoid them," the official said, Pravda.Ru reports with reference to TASS. According to the official, the amount of fuel to generate electric power on the peninsula will be enough at least for one month.

Earlier, Russian Energy Minister Alexander Novak stated that the power bridge to supply electricity to the Crimea from the Russian Federation would be built in the very near future.