If Catalonia is not Spain, then what is Catalonia?

The parliament of Catalonia has initiated the separation of the region from Spain. Seventy-two MPs voted for the resolution on independence, 63 voted against it. Arthur Mas, a candidate for president of the new state, said that it is the government that should change unjust laws, or people in the streets will do it instead. 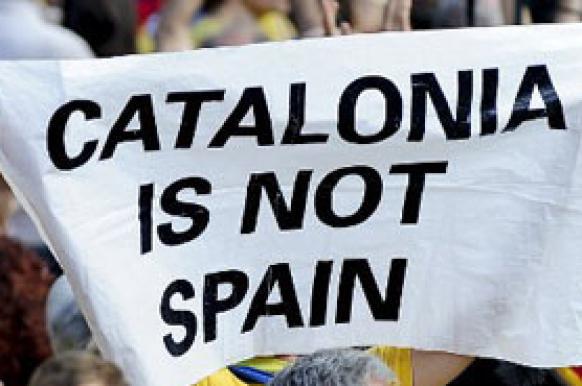 Catalonia does not obey state institutions of Spain

The resolution of independence declared readiness to start negotiations for the creation of an independent republic of Catalonia, of which the parliament of Catalonia informed the EU and the international community accordingly. Various state structures and the text of the new constitution will be ready in 18 months.

Opposition leader Ines Arrimadas said that the plan was insane, as those who support independent Catalonia were acting in circumvention of the law. "This is the most terrible challenge to democracy in the last 30 years," she said.

Arrimadas also claimed that the party of Artur Mas, Democratic Convergence, supported the idea of independence to conceal cases of corruption.

Soon after the results of the vote were exposed, Spanish Prime Minister Mariano Rajoy assured that the resolution would have no consequences. According to Rajoy, neither Catalonia, nor any other region of Spain will separate to become an independent state.

"There was such a situation in October 2013, when the decision was declared illegal," Alexander Chichin, a specialist for economic and social sciences told Pravda.Ru. "Nowadays, the parliament of Catalonia does not wish to obey the Spanish authorities, not even the Constitution Court. It appears that the current leadership of Catalonia is not willing to negotiate this time."

Catalonia unwilling to compromise with Spain

The situation may take a dramatic turn if Madrid chooses to resort to Article 155 of the Constitution that makes it possible to strip Catalonia of its autonomy status. This may lead to riots in the streets.

According to Alexander Chichin, Spain as a monarchy can not offer an attractive alternative to Catalonia. "Mariano Rajoy is a lame duck that can not really do anything. In this situation, he is just a counterbalance to separatist sentiments," the expert told Pravda.Ru.

What does Europe think of independent Catalonia?

EU officials said that Catalonia, should it become an independent state, will automatically lose the EU membership, but will be able to join the EU afterwards. UN Secretary General Ban Ki-moon stated that it was an internal affair of Catalonia that, as an autonomy, could strive for the right to self-determination in accordance with Spanish laws. US officials announced their support for united and independent Spain.

"If democracy comes into conflict with law, then laws should be changed," Artur Mas said.

"There are local industrial corporations behind the supporters of independent Catalonia. They are concerned about national stability. They are opposed to "Europe of regions" project - a policy of Western European states based on the principles of Atlantic federalism. They are opposed to the policy of open doors for transnational corporations, nor do they want to sign a secret agreement on transatlantic cooperation with the United States. I think Europe will continue falling apart, and I don't think that the European Union has a powerful tool to stop this," Yuri Solozobov, Director for international projects at the Institute of the Russian National Strategy told Pravda.Ru.

Spain is falling apart like a house of cards

The Basques join the Catalans