Representatives of the coalition for Catalan independence gained the majority of the parliamentary seats at the elections. 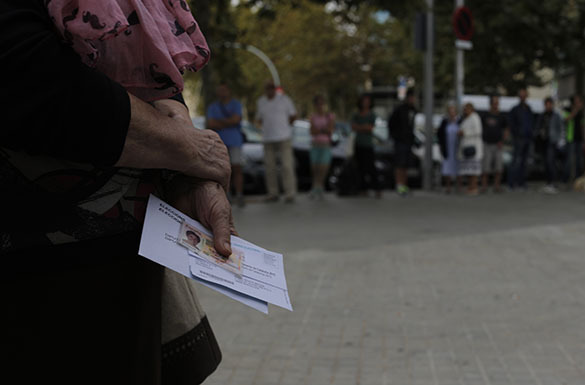 According to the 99.67% of the examined bulletins, 'Junts pel Si' (Together for the Yes) coalition for the independence of the autonomy gained 62 seats or 39.57% of the votes. Thus, Inés Arrimadas, representative of the 'Citizens' party claimed that Artur Mas, President of the Generalitat of Catalonia, should resign.

At the same time, Xavier García Albiol, representative of the People's Party of Catalonia noted that results of the elections showed that the majority of Catalans stood against separation from Spain.

'Junts pel Si' considered elections as a plebiscite, but did not manage to gain the absolute majority of votes needed to start the process of the region's exit from Spain.

Aleksandr Chichin, the dean of Department of Economic and Social Sciences at the Russian Presidential Academy of National Economy and Public Administration told Pravda.Ru that the Spanish constitution did not suppose a referendum on separation in any region of the country, as well as an autonomy. Spain is a unitary monarchy, and the King will stand for the current borders of the state. Beside that, in 2014 the Spanish parliament adopted an additional resolution, banning Catalonia to carry out a plebiscite.

Also read: Texas, Novorossiya, Catalonia and Scotland to fight for independence from Moscow