The future of Turkey-Russia relations 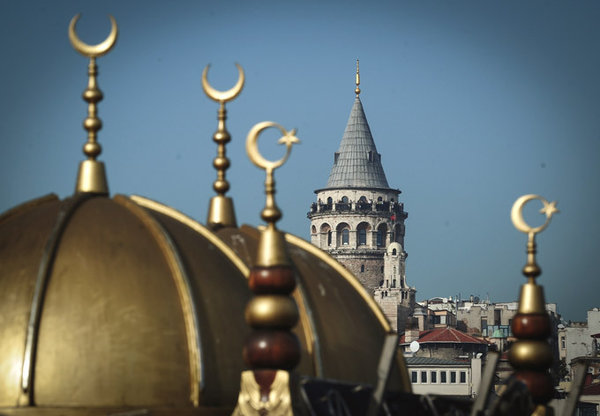 Although an atmosphere of uncertainty prevailed in Turkey for the last couple of months after the elections in June, the Justice and Development Party (AKP) managed to emerge victorious in the November elections and maintained its tradition of 'single-party rule' and added another four years to its 13-year run. What's more, unexpected vote losses in other parties - as opposed to their previous results - was another surprise that shocked the world.

Many thought that the snap elections held on November 1st would produce similar results. However when the AKP managed to increase its votes by 9% in only five months, even its own voters were surprised. More importantly, even the seasoned pollsters who had been previously known for their spot-on estimations had to appear on TV to apologize for their incorrect predictions.

The world media was also watching the results and acted quickly to report the results to their followers. Media outlets such as the BBC, The New York Times, Al-Jazeera, and The Financial Times widely covered the news with words of astonishment such as 'surprise', 'shock', 'unexpected'. While The Guardian described it as 'the shocking election results in Turkey', many others chose to see it as an 'unexpected AKP victory'.

Surely, there are important reasons behind this surprising, unexpected and extraordinary victory that represents a remarkable shift from defeat to victory in a matter of only five months.

First and foremost, the government finally took the required stance against terrorism through intense and widespread military action.

Before that, the AKP government had not been following an active policy with respect to the fight against terrorism on the pretense of holding peace talks. The Solution Process, which was believed to bring peace in fact brought no solution to the existence of the PKK over the last two years but instead set the ground for the PKK to gain field domination.

This was one of the main reasons behind the loss of votes the AKP sustained on June 7th.

However when the results came out on June 7th, President Erdogan, Prime Minister Davutoğlu, and the AKP administration made it clear on various occasions that they were determined to end all terrorism, and managed to gain back the trust of the people. This trust shifted the balances largely in favor of the AKP in the November elections.

Another important factor had been the sensitive time Turkey had been going through. Threats to national security and territorial integrity were enough to make Turks feel that stability and political power should be the top priority at a time like that; for these reasons, a majority of the voters of other right-wing parties set aside their hesitations and reservations and chose to make the AKP the sole victor, considering that the AKP was most likely to achieve a majority in the parliament.

But most importantly, the withdrawal of AKP rhetoric in favor of a presidential system was the most significant reason behind this outcome. People knew that at a time when the PKK, a separatist terrorist movement, was seeking an opportunity to declare autonomy or independence, a presidential system based on a federal administration would inevitably lead to separation. Being aware of this danger, the Turkish people showed their staunch opposition to such a possibility and gave a response to the AKP on June 7th as a reaction.

However, after this charged message of the voters, both Erdogan and AKP officials swiftly ceased bringing this idea up and helped ease the worries of people. This was taken as a clear sign that the AKP has given up on this dangerous idea. Consequentially, those lost votes came back to the AKP.

Surely, difficult days are ahead for the AKP, as it will be put to a rigorous test in the aforementioned matters. Therefore, we are in a process where the AKP should prove that the positive policies, followed after the June elections, that take lesson from previous mistakes and that give reassurance to people were not merely for show and purely temporary. Needless to say, one of the most important points in any future foreign policy of the AKP in the coming years will be Turkish-Russian relations.

As anyone would agree, Turkey has always enjoyed very strong ties of friendship and alliance with Russia, which is one of its most strategic neighbors. These relations had recently reached their zenith in politics, economics and trade under the AKP and Erdogan's direction.

At a time when NATO, the USA, Europe and their allies turned against Russia and applied sanctions, Turkey chose to remain outside of this trend. Although it is also a NATO member, Turkey also kept away from the crisis during the Ukraine problem.

Clearly, the Turkish and Russian administrations might have differing views as to Syria. Such disagreements are natural occurrences in international relations, in relations between states, neighbors, and allies. However, such differences will not impair historical friendships, relations and alliances.

President Erdogan, following his visit to Russia last September, said that any hypothetical transition period might involve Assad, in line with the recent statements of the USA and Russia, served as further proof that Turkey chooses peace and reconciliation despite potential differences over issues. President Putin is known to have close ties both with the President Erdogan and Prime Minister Davutoglu vis -a -vis a solution to the Syrian civil war, regional movements, the matter of the energy corridors and a solution to Russia's trade issues. These connections have always been useful in bringing forth solutions when they come to a deadlock and both parties have always made decisions in favor of reconciliation. These days, especially during the transition period discussion on the Syrian issue, the negotiations should be focused on an immediate solution.

This election result is important in ending Turkey's matter of not having a government for the last five months. During this period of instability, Turkey had to deal with terrorism, an economic downturn and public unrest. Now, to regain stability within the country, Turkey's alliance with Russia will give more room to bring peace to the region.

Killing strong friendships that are built on long -standing efforts for simple reasons of an emotional response could be expected only in some primitive, third -world governments that lack a coherent strategic vision of statecraft. Maintaining and improving useful and fertile relations, regardless of the situation, requires that leaders of world powers that have shaped history to act with wisdom, intelligence, talent, strong will and decisiveness: There are leaders with such a vision both in Turkey and Russia. Thus, Turkey-Russia relation has always been alive and it is expected to bring a stronger solution in terms of peace in the coming days. Being convinced that both countries and their respective leaders have these superior qualities, we sincerely hope that Turkish-Russian relations will continue and improve in this new period.