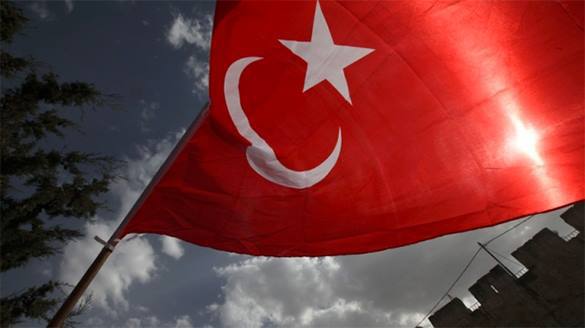 Such a great power as Russia has major responsibilities at this particularly difficult time in the Middle East. Those circles in the West and the USA that insist on excluding Russia for the sake of regional peace are mistaken. Rather than isolating Russia, one of the major powers in the region, relations need to be improved by the adoption of a compassionate and honest approach; because justice and prosperity cannot be built by excluding one particular country.

We want to see a world in which people of all faiths, races and beliefs can live happy and peaceful. We must strive for a brotherly world where everyone is respected and valued, be they Russian, Ukranian, Turkish, Armenian, Arab, Kurdish, Christian, Jewish, Sunni, Shiite, Wahhabi or anything else, where all live as first-class citizens and where nobody is regarded as superior to anyone else. Russia has important duties regarding the building of that world.

The picture in the 11 years since the Iraq War of 2003 is proof that 'violence leads to worse violence.'

The use of force has made terror organizations ever stronger. The crimes of these organizations initiated against them largely end up in harming civilians, women, children and the elderly. Indeed, the Syrian civil war has caused one of the largest waves of migration since the Second World War, with more than 8 million people being forced to leave their homes. The wave of migration that has increased due to recent aggression by ISIL will probably accelerate still further in the wake of U.S. bombings. It is now essential to establish a safe zone where these people can live. The 'safe haven on the Turkish-Syrian border' proposed by Turkey is a matter of the greatest importance. What will make that project strong is support from Russia.

Throughout the Syrian civil war, Russia's policy has for various reasons diverged from that of the West. However, the current situation makes the establishment of a safe zone essential for Kurds, Arabs, Turkmens, Nusayris, Alawites, Sunnis, Shiites and all the other people of the region. The safe zone project must not be perceived as a threat to Syria's territorial integrity. On the contrary, it is intended to protect Syria and its inhabitants. With Russian support, the safe zone will inspire confidence in all the Syrian people, eliminate unfounded concerns and be an important step toward peace. It will also overcome Russian worries concerning the Eastern Mediterranean. Turkey will guarantee Russia's interests. Material and psychological support from Russia in establishing this safe zone will be of inestimable value.

Turkey has never adopted aggressive policies toward its neighbors. Yet it is also a fact that some neighboring countries back the PKK, a terror organization whose aim is to break Turkey up into separate statelets. Turkey prefers to let the past be the past, however, and always strives for good relations with its neighbors. The purpose of this safe zone is therefore to meet a human need, not to represent a policy of aggression.

One of the problems now concerning Turkey is the human tragedy unfolding on its own border. The number of refugees admitted in 2013 by all the countries of the EU is the same as that admitted by Turkey just one day during the fight in Kobane. The number of Syrians admitted by Turkey is approximately 2 million. Turkish spending on these refugees currently exceeds $4 billion. The Turkish people are delighted to take these people in. Yet the fact remains that the problem is an international one. Turkey shares a border with areas under ISIL control. The PKK terror organization is also a major presence in the area.  The establishment of a safe zone is not intended as an act of aggression, but solely for security and humanitarian purposes.

It is of the greatest importance for Russia to trust Turkey on this matter.

International talk aimed at isolating and excluding Russia, which was so prevalent during the recent crisis in Ukraine, needs to be set aside. Those sections of Ukrainian society that desire closer links with Europe have a perfect right to do so, but the democratic right of those who wish to maintain links with Russia must also be respected. Policies of fait accompli that ignore Russia are one of the failed stratagems of the last century. Our hope is that Russia will play a role in every step taken in the region and the world, and in the new order that needs to be established. Due to its close commercial ties and friendships with both the EU and Russia, Turkey is ready to act as intermediary. That will make it easier to put an end to these polarized policies.

Russian collaboration with Turkey on security in the Middle East and material and other support for the peace and security of the people of the region will ensure that it enjoys friendships in the region. Collaboration between Turkey and Russia on a safe zone is urgent and vital.

The Russian people deserve our respect and friendship. When a new order is established, it must take their happiness into account as well as that of all other societies. If there is one lesson be learned from the sufferings from the 19th century to the present, it is that you cannot build happiness on the unhappiness of other societies. The region cannot be happy if Russia is unhappy. We cannot feel secure if Russia is insecure. The days of saying, "It does not matter what happens to others as long as we are strong' are over. Now is the time to advocate the principle of, 'Let us all be happy and safe and at ease,' without excluding anyone...

The author is a leading Muslim commentator from Turkey. He has written more than 300 books in 73 languages