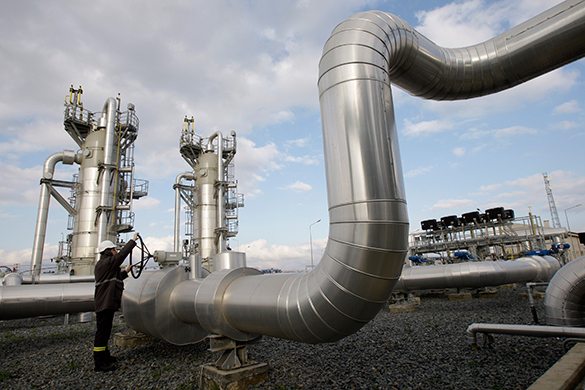 Energy is a vital need for human life and civilization. It facilitates our lives to a great extent and it has become a genuine necessity, like air and water. One of the primary sources of energy is natural gas. Even though it has always been around, it was not until the early 1600s that it was identified when French explorers found Native Americans kindling gases that were leaking around Lake Erie. Before the advent of the use of electricity in homes in the late 19th Century, natural gas was used mostly as a source of light. It was not practical to use it for other purposes due to the lack of proper pipeline infrastructure. As efficient pipelines were constructed with advancing technology and metallurgy, the transportation of natural gas was made possible. This led to new discoveries of other uses of natural gas such as heating homes, operating appliances and powering processing plants.

Since energy plays an important role in national economies, there is a constant power struggle and competition amongst the world powers and international energy companies. Owing to its sui generis geopolitical position, Turkey plays a key role in most essential projects in the energy sector even though there is no trace of natural gas reserves within its territory.

The Ukraine crisis and a shift in the energy hubs: Turkish Stream

Protests started in the Maidan Square and several other cities of Ukraine soon after Ukraine's former President Yanukovich declined the EU partnership agreement in November 2013. This conflict not only affected Ukraine and Russia but the EU, the US and Turkey. The US and the EU imposed an embargo on Russia, forcing it to quit a huge energy project called South Stream in December 2014. This defunct project was first announced in 2007 by the CEO of Italian energy giant ENI and the Vice-President of Gazprom and signed that same year in Moscow. Construction on the facilities for the aforementioned pipeline began in December 2012. Yet, this cancellation did not stop Russia from transporting its natural gas to Southern Europe and they came up with a new plan: The Turkish Stream. Consequently, the West did not get the result they sought with the sanctions they applied to Russia. This new project made Ukraine the loser and Turkey, the winner: Additionally, if the project is realized without any interruptions, Russia will benefit from this, as well.

The Turkish Stream will transport Russian gas to Southern Europe via Turkey and Greece.  There is not yet a solid agreement between Russia, Turkey and Greece but all parties look positively in taking part in this new energy route. Russia is using some part of the old corridor already constructed beneath the Black Sea and is now building a 250-kilometer long new corridor which will be routed towards Turkey.  With this potential new project, Turkey will be the key transit state controlling the flow of natural gas into the EU, which is in need of 250 bcm of gas per year.  This project apparently deeply discomforts the US, as the top US energy diplomat Amos Hochstein urged Greece to keep its position in the South Gas Corridor and ignore initiating a new project with Russia. However, Greece is very keen to be involved in this project as Russia is ready to provide financial support for the construction of the pipeline.

Russia and Turkey are both important trade partners and have partnered the world's deepest energy corridor, Blue Stream. Since Turkey is an energy dependent country, Russia is its major exporter and in 2014 they signed an agreement to increase the volume of gas to 19 bcm. Although these two countries are on opposite sides in many issues like the Syrian Civil war, they have never ceased to keep their close energy and trade relations.

The New Silk Road to the EU: The South Gas Corridor

The Turkish Stream is not the only route through Turkey for the transport of gas to Europe; a new "silk road" called the South Gas Corridor has also been initiated. Turkey has partnered with Azerbaijan in this project. The TANAP (the Trans Anatolian Pipeline) pipeline, which is estimated to be in service in four years, will carry gas drilled from the Shah Sea 2 field in Azerbaijan over Georgia via Turkey and then through Greece to TAP (the Trans Adriatic Pipeline) finally reaching Italy. This energy corridor is strongly backed by the US and the EU.

Some energy experts have voiced the opinion that if Turkey takes part in the Turkish Stream project, it may jeopardize its position in the South Gas Corridor. However, Turkey has not paid any attention to such criticism, as Turkey and Azerbaijan are the two major partner states constituting TANAP. In any event, it is not in Turkey's nature as a country to fall out with its neighbors as far as its self-interest is concerned, , as Energy Minister Taner Yildiz put it recently: "Turkey have always considered oil and natural gas, which are the reasons for war and peace when under and above the ground respectively, in unison on the grounds of peace, and strived never to be a party to tension and will continue to do so from now on."

The Cyprus negotiations and the new gas fields in the Mediterranean

The Cyprus negotiations, which have been continuing in fits and starts since 1968, came to a halt last year due to an energy crisis in regards to a newly found gas field in the southern part of the island; however, these talks restarted on May 15, 2015 with the newly elected president of the Turkish Republic of Northern Cyprus. One important matter concerning the negotiations is that the gas found in the region belongs to the both parts of the island, not only the Greeks; Turkish and Greek Cypriots both have the same right to use the natural resource of the island. Turkey, as a guarantor state, will never allow Greek Cypriots to ignore the Turkish Cypriots in this regard and will protect their rights to the end. The only feasible way to transport this gas to Greece and Europe is via a pipeline through Turkey. Another natural gas resource discovered lately near the shores of Israel and Lebanon in the Mediterranean has triple the amount of gas compared to the Cyprus discovery.

The only secure and feasible way to transport the Israeli gas is again via Turkey. Even though Turkey is the most convenient hub for both Cyprus and Israel, the relations between the respective countries should be stable in order to begin work on such big pipeline projects.

Turkey can be a bridge for peace

Turkey is located in a place where it serves as a bridge between Europe and Asia. As it is widely known, the majority of the world's oil and gas reserves are found in the Persian Gulf and the Caspian Sea. Now there are new sources in the East Mediterranean, which again puts Turkey in a potentially key position. The EU countries are highly energy dependent and consume nearly half of the world's natural gas output, so they are looking for new sources to buy gas. With its critical geopolitical position, if Turkey keeps on using its privilege to evaluate its advantage and does not involve itself in political tensions with its neighbors, it can serve as a great means of peace in the region which will certainly have a positive global effect.