Today, if polled most if not all of the world's citizens would choose money as the item that was most in short supply. Don't think many Americans would argue with the poll results either. In today's global economy, with capital put to flight at the slightest inkling of greener pastures overseas, how could anyone, especially ordinary working class persons argue to the contrary. 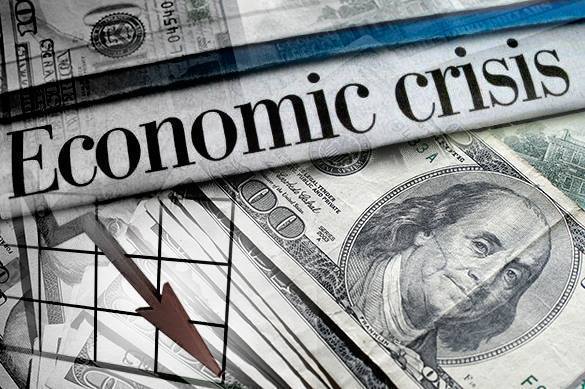 More and more, right round the world, common people are being bilked out of their life's savings; in many cases their retirement nests have been outright confiscated by the state and their willing accomplices: big banks. In recent times Cyprus is a 'prime' example. The bandits weren't even masked; they didn't brandish pistolas either; didn't need to.

That's because in broad daylight the hoods clad in Armani suits pulled off the grand heist (or as they called it: securitization of the excess savings funds) of Europe from behind the comforts of their mahogany desks. While sipping lattes and at the press of a button, accountants started shaving; they skimmed the cream off the top of customer accounts which was then 'credited' to the bank's capital (for everyone's protection). Those transactions proceeded as easy as lifting candy from a baby. Across the pond, the same confiscation of the people's money happens daily.

There's a difference in modus operandi though: states side the perpetrators use covert means; but the theft is totally legal. Under the U.S. Federal Reserve System's fractional reserves member banks 'transfer' the bulk of Americans' hard earned dollars 'for deposit' with the Central Bank. Once inside Teflon bankers are at total liberty as to what they can do (gamble) with the customers' deposits. In every day parlance, that means: green light. Let the largesse begin! Only capricious money changers need apply for loans. Mama Mia! Such mendacity! Better than the Cypriot Job! But that was yesterday. Small potatoes! There's much more to this. In recent times the scale and the scope of the Central Bank's grand larceny ascends to the Cosmos.

Let me explain why. Think of the U.S. Federal Reserve Bank as the fourth branch of the republic. Unlike the other three, the legislative, executive and the judicial branch all of which are beholden to it, the Central Bank is the exclusive domain of America's fifth column or legion. Foreign 'shareholders' are at its helm: Arab sheiks, Brits, Germans and any combination of Rothschild French derivatives. With their patsy in place as Fed Chairman, the shareholders work the marionette's strings which they then use to reap in huge profits. Albeit, proponents for The Fed's continued existence proffer hackneyed arguments in defense: the seven regional Governors have two useful levers at their disposal. First and foremost, Interest Rate Policy is an effective tool to manage banking reserves for M1/M2 money supplies and thus liquidity.

By extension, the Fed uses IRP to 'contain' inflation, creepy or otherwise. And by meeting each quarter the Governors review their FOC (Federal Open Market Committee) operations whereby if necessary they 'intervene' in the securities markets by purchasing or selling Treasuries to keep their cronies liquid. But that scenario is so last century. Times have changed. In the new millennium, amongst the markets' biggest high roller investment banks and hedge traders, old suspect motives like fear, greed and avarice have now accelerated to warp speed. If you believe as I do the polemics of economic scholars like David Stockman and Paul Craig Roberts, both of whom held key posts in the Reagan Administration, then you would know that today's Fed has morphed into a macabre Medusa. It's out of control; incorrigible; lacking transparency; accountable only to its shareholders.

The new financial lever QE (quantitative easy freshly printed cheap money) is on its fourth lap around C-suites. Dud cousins Twiddle Dee and Twiddle Dum or ZIRP and NIRP (zero and negative rate interest policies) dosages have been deployed to rape and pillage depositors' accounts to a degree that would make even the 1920's Robber Barons blush. Moreover, the U.S. supply chain's growth statistic shows no signs of inflation getting out of hand even at the core figure; none whatsoever. That means no overheating U.S. economy. Raising interest rates is not an option; not if the Fed wants to see its bubbly economy continue! Both Stockman and Roberts are agreed.

Their dour economic warning is a clarion call to anyone who has ears. The looping act is over. The Fed's bloated Treasuries laden Balance Sheet and the inflated bubble valued securities markets have now gone full circle. All of that QE dousing of the markets combined with the liberal conspired Keynesian 'too big to fail' state bailouts have done nothing positive for ordinary Americans' savings; those continue to contract; workers can't find real jobs.

While corporate CEO's dine on oysters from the big bonuses after improving their own P/E's ratios with the free money they used for share buyback schemes average even middle class Americans are left to fend for themselves; at a loss to figure out how to feed families from the empty shell businesses that litter Main Street. Post 911, successive Fed Chairs on down from Allan Greenspan and Bernanke in between to today's Janet Yellin deserve nothing but scorn for their scurrilous handling of America's money supply; there's no mitigation defense that would temper my current opinion of them: bald faced liars posing as smooth operators; a den of thieves so inculcated in America's political culture that even a independent audit of its 'finances' would hardly compel Congress to dig deeper.

If pressed by American citizens calling for the Fed's abolishment would lawmakers act? Doubt it. We know why. What a racket! Shame...