'Chinese dream' shattered by US?

The United States National Security Advisor Susan Rice will go to Beijing this week in order to prepare the visit of the Chinese leader Xi Jinping to Washington in September. The summit will be held given the storm at the global financial markets and speculations on the shattered "Chinese dream". To which extent is that clamour against the actions of the Chinese authorities justified? 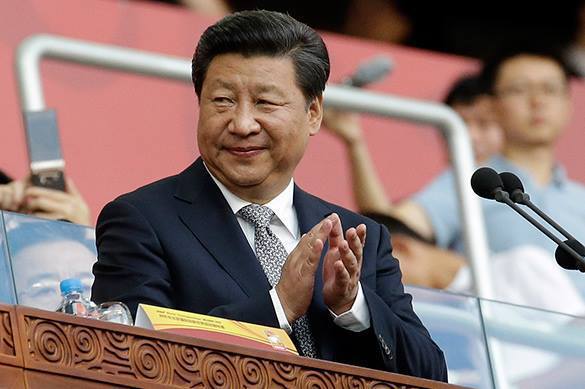 The Americans lay challenge to the artificial decrease of the yuan rate, that, as the US believes, led to panic at the stock exchange in the short term, and growth of $300 billion trade deficit in the long term. The Americans also accuse Beijing of hacking the US Office of Personnel Management databases. Over 22 million US public servants and members of their families allegedly got their personal data leaked.

Scott Kennedy from the Center for Strategic and International Studies predicts that the meeting of Xi Jinping and Obama will be either "a cotton candy-level summit - lots of empty calories - or it's going to be a train wreck." According to the expert, the Chinese egos suffered the greatest loss last Monday, as Beijing realized it couldn't defend its economy from the destructive pressure of external economic forces.

And what do Obama and Jinping really have on the plus side? Common adherence to reduce greenhouse gases emission, and the Iranian nuclear deal. That is all, that can be marked.

Beijing advances counter claims. According to the Financial Institutions Department of the People's Bank of China, the stock market crash happened after the US Federal Reserve System had decided to toughen monetary policy. If it continues, the stock market will go to cash, that will lead to global financial crisis. As China Daily reported, the higher interest rates may generate the fall of the US stock prices, that will be followed with asset sales all over the world and will come to the end with the global financial crisis.

China has been boosting the idea of the yuan entering "special drawing rights" currency for long time so far, but has no support from Washington. The issue should be solved at the IMF meeting on 9 October.

The IMF claimed that the decision will be positive if only China sets a floating rate, what is challenging to carry out at the moment. However, the Chinese claims are just. George Soros, the business magnate, sold his share in the Chinese internet retailer Alibaba before the panic.

And Soros is a famous player of lowering national currencies at the market. In 1992 his stock game against the British pound made Great Britain exit from the European currency system.

It should be noted that Obama is a protege of the Rothschilds clan, which aims at the yuan becoming a new golden-backed world reserve currency. Obama offered a G2 concept at the beginning of his first Presidential term, that is the US-China partnership in global problems solution. But the concept was not realized. They did not manage to agree on political grounds.

China does not want to share its influence with the US in the Asian region. It does not want to host a colour revolution, boosted by the US via its NGOs. The parties should compete within the disputed islands in the South-China Sea, within the influence on South China, and it is expressed with the creation of two alternative projects - the US Trans-Pacific Partnership and the Asian Infrastructure Investment Bank of China.

Jinping though still has a chance to reach agreement upon the yuan new status, which he won't have under the Republicans.

Democratic Senator and presidential nominee Bernie Sanders accused big business of sending "our jobs to China", and his colleague, the Republican Scott Walker, current Governor of Wisconsin called on the President to cancel state visit of the Chinese leader. The Chinese do not respect us, and we shouldn't show them our hospitality, the Senator said.

During the election campaign the American politicians"want to benefit from criticizing and being tough on China. It turns out that's not working. They need to focus on the economy, job creation, many other very basic things. China can be helpful for economic prosperity and job creation," Ruan Zongze, Vice President of the China Institute of International Studies said.

"They will be talking of the global economy slipping into the full-scale crisis at the summit, and there are various prerequisites, not in the Chinese economy though," Aleksandr Salitsky, chief research scientist at the Institute of World Economy and International Relations told Pravda.Ru. "The Chinese growth is still quite dynamic, and the stock exchange is not the main lever in the Chinese economy."

"China believes that finances should serve the real economy, and the stock exchange is a secondary instrument in comparison with the banks. The US has another stance. China has great plans, as well as on developing the external space. These are namely the sea and land routes of the Silk Road. The Asian Infrastructure Investment Bank was created for it. It is an investment into the real economy, rather than cash withdrawal into the overheated financial instruments."

According to Aleksandr Salitsky, Beijing regulates the currency rate under the real sector interest, as well as that working for export. That is why the yuan rate was lowered, although it was constantly growing before that. The Americans adopted in the US Treasuries report that China performed no currency manipulations. Given the IMF charter, they can regulate the currency rate.

What about the hacking attacks, everyone who has corresponding abilities, including the US, carry them out. And which doubts can be there after the NSA disclosure?

China does not aim at hegemony in Asia, the expert believes. There is even no hegemony of China in Asia. It is sufficient for China to have independent neighbours, Aleksandr Salitsky concluded.

The case is really not in the hegemony, but in the fact that China has been building up its economic power for long time, and the political influence inevitably followed it. The US cannot ignore a rich and prosperous country with a population of 1.5 billion people, as well as any other country.